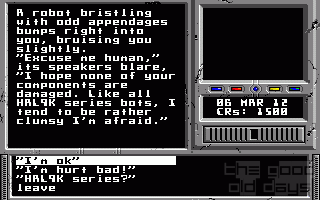 Space Rogue is an odd mix of a space shooter, adventure and role-playing. While many people tend to call this an RPG game, the fact is that it's got very little to do with the basics of role-playing - character development. More important than this ongoing debate, however, is the fact that Space Rogue is one of the first games that used vector graphics, took advantage of the superiority of IBM computers and offered countless hours of fun. The game is timeless; even today it will suck you right in.

Late 1980s were the golden age of computer games. New and original concepts were more common than today, and companies strived to increase your gaming pleasure with certain perks. This game was not an exception. The box contained a short novella (I've read better, but still?), a cutout that let you fold together your own 3D starship and a game that lacked the copy protection disk. This was quite a novel step for Origin; Space Rogue was their first game I know of that got rid of the copy protection disk and instead used the manual for copy protection.

The game itself starts as you are sent abroad an abandoned vessel, only to see your own ship being attacked and destroyed by Manchi, an ant-like race that is hostile to humans. Your task would be to get somehow to the nearest space station and start building up your reputation and your wealth, in order to be able to find out the truth behind the Manchi threat and eliminate it. This is being achieved by quite a unique system, your reputation. There are several fractions in the universe, and you will be able to do quests for each one of them. Depending on your approach to these quests and their outcome, your reputation will rise or fall with different fractions. Once you get more reputable, you will get access to higher-level quests, and slowly uncover the story. This system assured not only a very strong story-based gameplay, but also a controlled learning curve.

The game features several modes of play. The one you spend the most time with is the cockpit view (you will have the choice of three cameras, but the cockpit view is the easiest to negotiate). This view is used for actually flying the spacecraft, either when approaching certain objects, such as jump gates or space stations, as well as for fighting others. For its time, the game offered a very advanced spacecraft handling; you could not only accelerate and decelerate and turn in four general directions, you could also roll; a feature that added lots of frustration till you got comfortable with the controls and lots of fun afterwards. The second most common view was the navigation panel. This was a basic overhead view of the local solar system, where you could select a target and let the navigation computer do the rest. Graphics and the basic layout were very reminiscent of Ultima I. The third view kicked in when you docked with a space station - you could walk around in a top-down view, reminiscent of Ultima IV. The last view was special: each station offered a console game, called The Hive, where you could kill ants in a view that looks just like the world view in Ultima I. If you managed to survive four levels (it was very unusual for me to advance even to the second), you got a prize.

The game itself consisted mainly of trading. Each space station offered goods that you could buy or sell, and your task was to make money. A typical action looked like this: You docked, talked to everybody at the space station, bought as many goods as your cargo bays could hold, headed to the nearest jump gate and got into another star system to sell your goods at a profit. The fist time you went through a jump gate, you'd notice what I said about the controlled learning curve, you'd run into a test of your piloting skills. The test is fairly simple; all you had to do was to navigate a long tunnel of rings; the wormhole. To make it more difficult, you had to keep at or over a certain speed. This is closely reminiscent to the testing in X-Wing games, with one difference: the wormhole is much better integrated into the overall story.

Flying, however, was not as simple as pushing the directional keys. The game featured incredible physics, which in my opinion were never replicated. You could test them very easily - try to pick up speed and then make a sharp turn; you spacecraft would start sliding sideways until you'd get enough momentum going in the right direction. The physics didn't end there; each planet had its own gravitational field, as did stars (and even binary stars). You could use gravity for accelerating beyond your maximum speed; for some reason the same laws of physics didn't seem to apply to your ship's hull integrity.

Unfortunately, no game is perfect, and this one is no exception. The main problem I've had with this game was the lack of music. There is little sound, but music is a very important element for me; without it I never got truly sucked into the game. The other problem was a steep learning curve, which lasted throughout the whole game. A less patient gamer would probably give up somewhere along the route.

Overall, however, Space Rogue is a very fine game that everybody should at least try out. In addition to a revolutionary engine and physics, this was also one of the first projects of the person behind the Ultima Underworld games and the company behind the System Shock and Thief series.

About the author
Paul Neurath. Paul Neurath is not a prolific designer, but a very important one. He broke onto the radar screen in 1983, when he formed Gryphon Software with Ned Lerner, the precursor of Looking Glass Technologies. In 1987 he designed Deep Space: Operation Copernicus, released by Sir-Tech. This game was more a study for Space Rogue, featuring vector graphics and much of the physics found in Space Rogue, which he designed in 1989. That game was released by Origin, starting a long-term relationship. Origin released two more games by Mr. Neurath - Ultima Underworld in 1992 and Ultima Underworld II in 1993. These games are credited for being the first true first-person games; yet another great accomplishment by Mr. Neurath (in fact, the original engine used for UU was the same as in Space Rogue, only to be later thrown out and replaced by a brand new one). The former game was developed by Mr. Neurath's new company, Blue Sky Productions. Blue Sky later merged with Lerner Research to create Looking Glass Technologies and develop UU II. After releasing Ultima Underworld II by Electronic Arts, which acquired Origin, Mr. Neurath assumed a more active role in managing Looking Glass Technologies. In 2000, Looking Glass closed its doors forever, thanks to managerial incompetence at Eidos, its publisher. 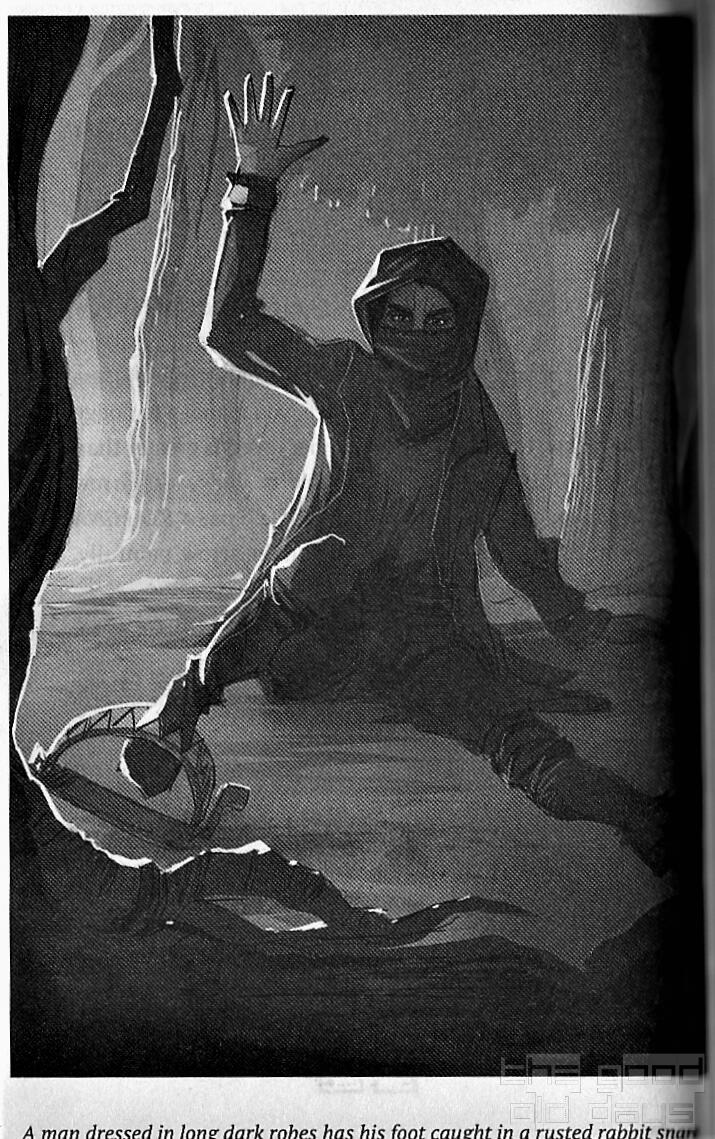