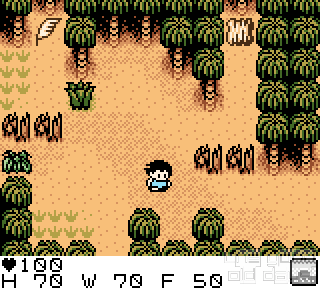 You wake up in a deserted isle, during a storm the ship where you was sank and now that you are alone and lost you should learn how to survive.

Survival games usually have two main points, getting food and water and making tools, both here are key points of the game.

Food can be harvested, taking the fruits, berries, mushrooms or grasses that lie around the place, but this can be dangerous as at first you do not know if what you eat will poison you, make you confused, just increase your thirst or maybe recover your fatigue.

It also can be hunted, with the knife you recover at the beginning there is enough to kill anything, if you do not care about running a lot, both for getting you prey and for avoid becoming one. Thing improve once you make a bow and some arrows, but also there is the possibility of placing traps or fishing.

Some kinds of food are got through minigames, which can get tedious more than fun, but it is just a few of them. The biggest problem with the food is that it gets spoiled, but it can be preserved with spices. Water is less problematic and easier to get, just remember to carry some with you in a canteen.

Tool creation is well cared, there is a bunch of items you can make, not all of them useful as many combinations are allowed, but you can always throw them away or store them at the hut. You can prepare kindling for making fire, create torches or some tools when finding the main piece for them. Also at some parts of the game you will have to craft something big, like a raft.

No, you can't make the big things when you wish, they are part of the story, required for getting the different endings and to open more parts of the island. Usually it's not a problem, but at some parts of the game you will have to solve puzzles and hunt objects, but this only of you wish the best ending, as once all the section of the island have been explored you can play for as long as you wish.

Just bought the game and tried it out. Holy hell, I never saw a crappy german translation like this before! Large parts of the game are just NOT translated, a fact that can get very confusing, when an item name shows up in two different ways. I even had a situation, in which my character suddenly spoke a sentence in french... 8-|
On the other hand a great game with graphics, strongly reminding me on Mystic Quest. Will go on playing it in English 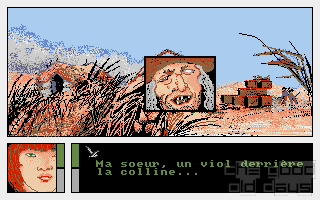