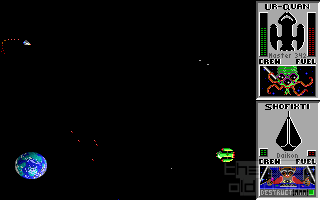 This is a mix of strategy and space shooter, a well-balanced and with variety, albeit somewhat small, game where you try to conquer a region of space, attacking with real-time dogfights.

Really, the game is more about those fights than about strategy. Both factions, the Ur-Quan Hierarchy (alien slavers) and the Alliance of Free Stars (good guys) have seven different ships, ranging from small scouts to big destroyers.

The fights obviously are in space, but it is not empty, meteors, and more importantly, planets lie around. And the planets have gravity, a danger for big ships and an acceleration tool or a trap if used well.

In total there are fourteen ships, some are similar but all have something distinctive. Speed, acceleration, control, fuel capacity... those things change from one to other, but with some exceptions such as the inertia-free ship the most noticeable difference are the weapons.

You have two of them, the main one that is the real weapon and a secondary shot or a special skill. There is one that hides, for covering your enemy with a flamethrower-like burst when you get close enough; another creates an antimatter shield that destroys anything in front of it, and can also jump backwards at great speed; the Syreen makes enemy's crew jump to space; other one can change between a fast and with little control form a short range one.

All this consumes fuel, that regenerates itself, and the attacks kill crew, which serves as life meter, the only way for restoring the it is recruiting.

That is done in the strategic map, a rotating galaxy made of small points, go to one and its colour will change, showing if it's a dead planet, if it haves life or if it is a mineral rich world. Also a few times you may find an improvement for your ship during exploration.

Colonies made in alive planets serve for recruiting, mines on mineral worlds are for getting money, and you can also build anywhere forts, to make these constructions harder to destroy. But the most important, unless the scenario says otherwise, is your space base, where the ships are built.

Scenarios is what form the main game, a bunch of them with different limitations for each side, and also a free for all one, which you can play whenever you like, as they are not linked through any kind of campaign.

Mr Creosote:
The third part is a weak and incoherent re-hash of the second part, made by a different development team. Forget it.
Wandrell:

I have started playing the second part and looks very good. I first played Star Control as a kid, but forgot the name and it wasn't until a few years ago that I found it again, and found it as fun as then.

Also there is a third part, but I know little about it.

Mr Creosote:
Although it's not nearly as good as the sequel, stAR CONtrol is quite fun on its own right. I'm so subtle.
Wandrell:
Feel free to share anything about StarControl (1990) here!
[Reply] 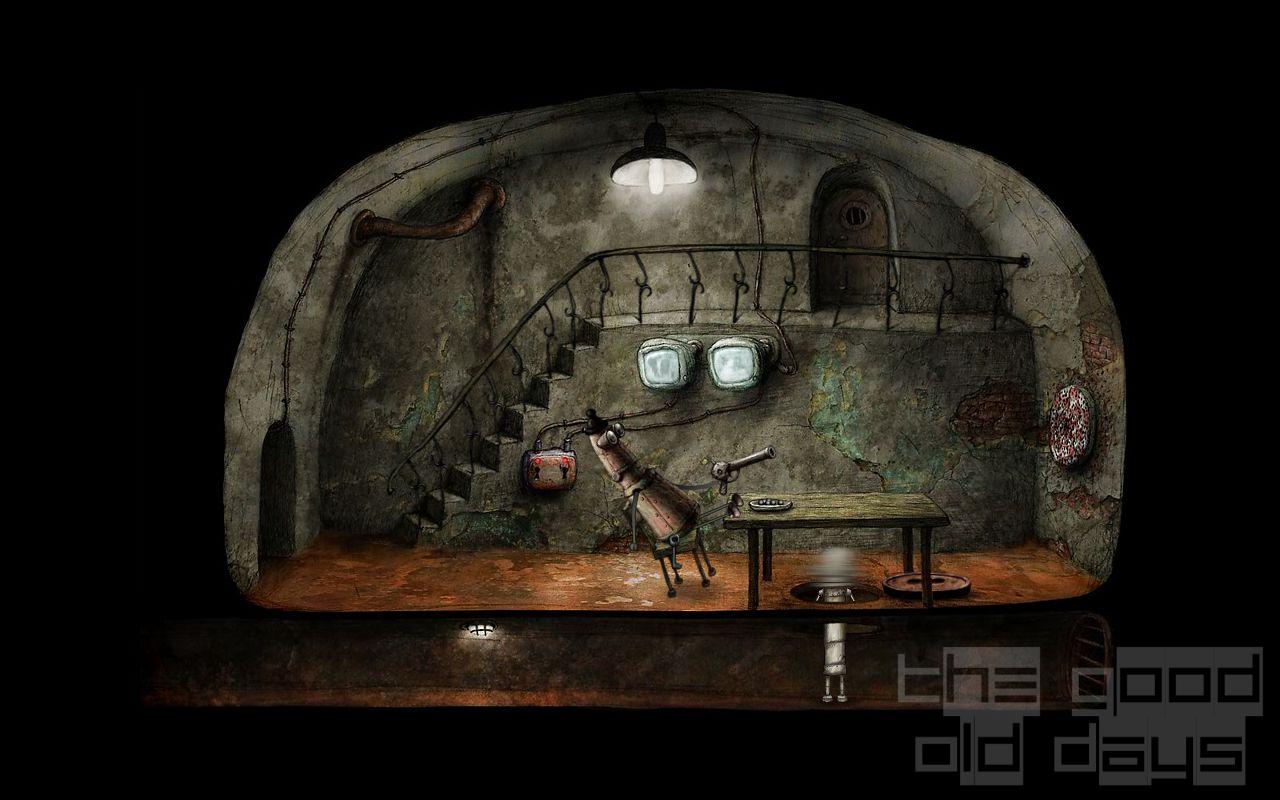