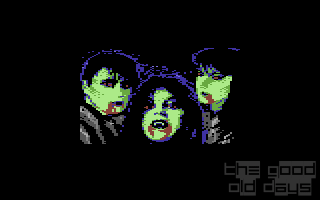 Dracula - a universally known horror icon. Ironically, only few have actually read the novel these days. Instead, the count's image is dominated by his numerous appearances in other media. Most notably movies which have taken on a life on their own, straying from the original more and more over time. Instead, these movies seem to be based on other movies. Or how would you explain that almost every vampire movie out there claims these undead creatures dissolve in daylight? A hint: this wasn't the case in either Dracula or the even older vampire story Carmilla. That 'tradition' was established by Nosferatu, an unofficial movie version of Dracula from the 1920s.

Max Schreck's (the actor who played Nosferatu) silhouette can be seen on the game's title screen. Good (the movie is still one of the most atmospheric ever made) or bad (it takes extreme liberties concerning the source material) sign?

Neither of the presumptions turn out to be fully correct. This Dracula game is closer to the novel than Nosferatu (and most of the other movies) in many ways, but it doesn't follow it slavishly. Instead, it takes three parts of the story and adapts them as episodes of the game.

In 'The First Night', the player controls the actions of Jonathan Harker, a real estate broker who has been called to Transsylvania to take care of a transaction with a local count who wants to move to London. Due to the bad traffic situation, Harker has to spend the night in a small inn. As it turns out, the local population is deadly terrified of something. As the player quickly notices, for a good reason - the night can become deadly.

The second part, 'The Arrival', has Harker arriving at the count's castle. He's quickly drawn into dangerous sitations involving the charismatic count as well as a group of beautiful ladies roaming around the grounds. Slowly, it dawns to Harker he has to escape. Quickly.

Finally, 'The Hunt' puts the player in the role of Dr Seward, head of one of London's asylums. He receives a letter of warning from his friend Harker about several boxes being delivered to England, giving strange instructions to intercept and get rid of them.

Each of the parts is longer and more complex than the previous one. So the difficulty is rising slowly, which is always good to see. As has to be expected with such a topic, there are many ways to die - in all the parts. Sometimes, only trial and error will help. In fact, many puzzles are like that, because you suddenly get into situation you can only survive if you've done the right preparations before. However, these 'right preparations' only make sense in hindsight in many cases. With this knowledge (after restoring), the puzzles become quite easy. Nothing overly creative - again, as has to be expected from a game which uses a standard two-word-parser.

The in-game texts are well written, providing a nice atmospheric touch with simple foreshadowing and attention to detail. You shouldn't expect the literary quality of Dracula or the terror-inducing imagery of Nosferatu, of course. Compared to the usual level of computer games, it's quite good, though.

The latter, and the very good-looking graphics which pop up in special situations (also accompanied by fitting classical music then) are the aspects which make the game a likable piece of work. This can't hide the average quality of the gameplay, but it helps. It certainly has its charms and fans of this theme or classic interactive fiction can't really go wrong with this one.

The other entries are of this round are:
Corpse Killer
The Typing of the Dead
Veil of Darkness 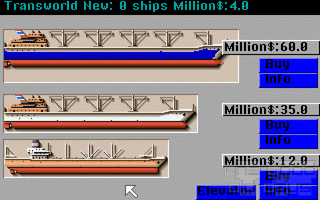