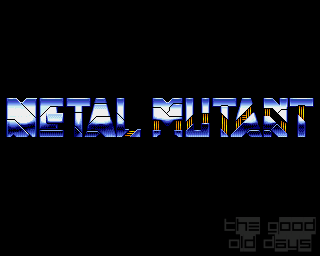 As everybody knows, technology is evil. Some day, the machines will take over control and make humans their slaves. Comparing the amount of fictional coverage this theory gets to visions of less grim futures, it seems impossible it'll not come true. This game is yet another version of this well-known story. This time, mankinds only hope is a cyborg, the Metal Mutant of the title.

The cyborg's special ability is that it is a shapeshifter. It can also turn into a robotic dinosaur and a robotic robot. Each of the three forms has different abilities. The cyborg's the most agile, the robot can shoot a gun and the dinosaur has a fire breath and a deadly jaw. On the way through the screens, you can pick up various upgrades, enabling such things as an axe for the cyborg, a robotic insect drone for the dinosaur or a torpedo launcher for the robot. Not all upgrades are of a positive nature, though. This can become quite annoying, because those are clear cases of 'how should I have known this before'. It can get frustrating when you realize what the 'inverter' upgrade does...

All these actions are used in a very straightforward way: Depending on the current form, the directions of the joystick are bound to one of them. Obviously, left and right are always moving. Up is the mentioned fire beath of the dinosaur, but as cyborg, it triggers a jump, and so on. Whenever a new feature is picked up, the game tells you how to use it in a very helpful text field on the bottom of the screen.

The same text field often gives hints about effective ways to deal with attacking enemies. Some can't be harmed by bullets, so robot form would be useless. The dino's jaw, on the other hand, might work just fine. At other times, it displays general information about the current screen, e.g. how many enemies are still left hidden somewhere.

Metal Mutant isn't easily categorized. It pretty much eludes standard genre definitions. Upfront, it's a hack'n'slash title (walking from left to right and trashing all enemies), but it's too slow and 'heady' for that. It's also not really a puzzle game, for the simple reason that you do spend most of the time fighting. On the other hand, fights are won by choosing the right form and the right 'feature' (i.e. action) for this type of enemy. And there are some actual puzzles hidden under the surface as well.

What makes it interesting in the end is indeed the constantly looming question of how to pass the next screen. The mentioned upgrades throw in new elements (and thus motivation) from time to time, and in just the right places, you'll find spots which let you refill your energy and save the game. The latter are a blessing especially, because sometimes, all that's left to 'solve' a screen is trial & error, and there could be nothing worse than being forced to start from the scratch in those cases.

It's amazing how there isn't really anything negative to say about Metal Mutant. Even the graphics, which don't look too good at first, work surprisingly well in their toned down style. A unique game definitely worth your time - the only thing I would improve would be more!

Moebius:
Oh yes, i remember this one and this company always made similar games, like Star Blade and Colorado. What can i say.. this game was very colourful and quite multifaceted (3 characters to play with, huh). However, there was something lacking in it. Perhaps a few moments were just way too whimsical. I still remember having a go at this game with a classmate in school, by drawing a little caterpillar robot trying his best to evade the humongous robot and get off the screen, until he raises his arm and shoots at him with a load of plasm. Anyway, for 1991 it was impressive graphics at least. So... 4 i guess.
Mr Creosote:
Yes, you've got a point there. Yet another media stereotype (other than the 'grim future ruled by machines'): the murdering, positive hero. Quite some role model

Well, I never feel bad when killing all that moves. There is a comic (GUNNM, that was originally translated as Battle Angel) where the main character is a killing machine in a harsh world and that for her is a really bad thing.

But in a videogame being a killing machine means getting tons of enemies and being encouraged to dispose of all of them. It's like an action film, you expect the main character to show his manliness and kill all the bad guys, getting praised after all finishes.

Wandrell:
I always liked Silmarils games, they have a distinctive style (that includes learning how to control the game). Also this game made me think in something I would like to see, a cyberpunk game where you can become a cyborg alienating your body, and maybe yourself. It's a big point of the cyberpunk genre the alienation, but I can't think of any game where being a cyborg is something bad instead of meaning being a killing machine.
[Reply] 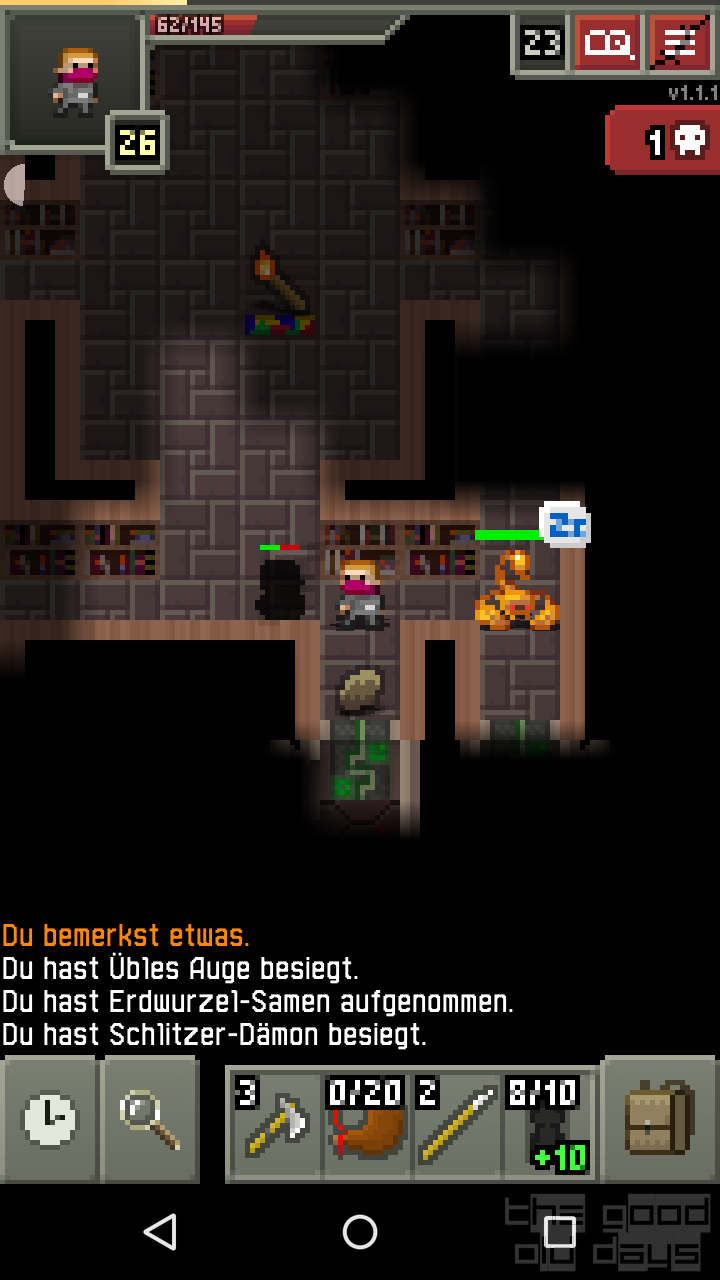