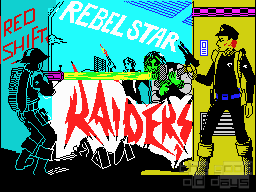 Not many games can claim the honour of having started something really big and immensely popular for themselves. Rebelstar Raiders is one of the notable exceptions. It spawned a whole modern genre and has to be recognized as the seminal work for countless others. Games like UFO (X-Com) and Jagged Alliance wouldn't exist without RR. Talking about UFO, RR was even made by the same person, so it's even a direct descendant.

The game's story concerns three teams of rebels, each lead by the same cloned guy. These rebels are fighting against the evil rule of the machines who are trying to exterminate humanity. For some reason, the machine lords still command quite a few loyal human soldiers…

Anyway, after choosing one of the three scenarios, one player takes control of the raiders, the other one is put in charge of the 'operatives' (the evil guys). Depending on the scenario, one team has to reach some kind of goal (e.g. blowing up a central computer), and the other one has to stop them.

Each turn, the player can move his units and if an enemy is within reach, fire at him. Units are varied in their abilities, from the common soldier carrying a laser rifle or a few grenades to the mining robot. Every action decreases the unit's action points (e.g. moving straight takes two points, moving diagonally takes three points and shooting even more). Once a player is done, his enemy tries to counter.

When I talked about 'players' in the previous paragraphs, I indeed meant human players. RR is a pure multiplayer game without any AI, so you need exactly two people to play it seriously. Obviously lacking any networking abilities, that's probably the biggest downside these days.

Dumbing this game down to one single number as a rating is impossible. On the one hand, it's of immeasurable historical importance and also quite complex for its time (it already has most of the features common to this kind of game). On the other hand, the graphics are of course a little sparse (it all looks very abstract), the controls could be more responsive, there are only three scenarios (and those are a little 'overcrowded' with units for my taste) and, again, there is no AI at all. So, however you interpret the number which had to be put in, you do owe yourself to play this game - no matter what! 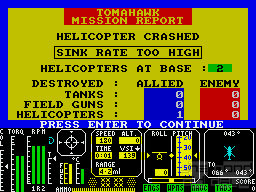