The King of Chicago
for Amiga (OCS/ECS) 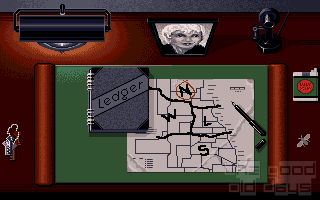 The early and mid-90s - the wake of the CD-Rom as a games medium. Because the games themselves didn't need this space yet, tons of 'interactive movies' filled the shelves of the stores. Those were rarely more than a collection of movie clips and the players' only activity was to make a few (often pretty futile) decisions between the scenes. Many see 7th Guest as the beginning of this development.

King of Chicago precedes it by seven or eight years though. Without CD-Rom, just two (DD) floppy disks. 'Multimedia' long before this term became so ridiculously popular. As usual, Cinemaware was way ahead of its time!

Apart from its undoubtly historical value and interest, King of Chicago has only very little to offer. The main menu says “start the movie” under the title “projector”. And a movie it is. At least more than it is a game.

With Al Capone being in prison, Chicago's gangsters see their chance to become the new 'King'. You're Pinky Callahan, member of the northside gang. Your godfather is getting old, you're sure you can run the show better than him. So you get rid off him, take over, build up your gang and slowly take control of the whole city.

Most of the time, you'll watch your alter ego having conversations. Convincing key figures of your consolidate your power base, bribing (or pressuring) corrupt politicians, keeping your girlfriend happy. Vast parts of these conversations run automatically. You also can only seldomly choose what kind of 'encounter' to have next. Only sometimes you can choose between a few alternatives what to say or what to do.

When there is nothing 'special', you can plan a bit at your desk: balancing and investing the budget and choose which part of the city to take over next.
Some scenes require direct action from you personally. This might be a personal duel with one other person (like for example a killer hired by a rival), a shoot-out between the gangs or a bomb attack on some house. None of these action scenes are overly hard or exciting.

The graphics are strangely 'mixed'. All the heads and faces of people are really excellent, the bodies however don't measure up to that standard. They're all too alike, too flat and generally too cheap.

Game-wise, the lack of interactivity kills King of Chicago quickly. It certainly is an ambitious project, the characters are 'believable stereotypes', the atmosphere works. The game is not demanding enough though, it is neither very hard to finish, nor very long. Quite the opposite in fact. And even though there are a number of different story elements which should make the game replayable, you'll quickly have seen it all - if you've haven't stopped playing by then that is. Only people who like being told stories and don't really want to think or do anything will play it more than once though. 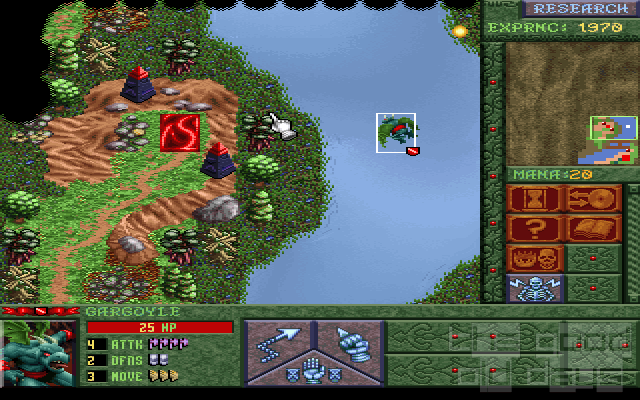