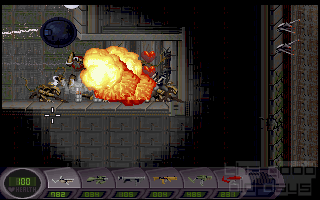 You are the last chance against the abuse, a virus that transforms people on horrible monsters, a creation of illegal experiments being made on the prison where you were yet another prisoner. Everybody is now infected, except you, and stopping the infection from spreading to the world won't be easy. I mean it, this is really hard, an action game that is not so much about blowing up enemies as it is about escaping and avoiding being blown up by the ants, your enemies who like flooding the places with their assaults and their shots.

All the time, hordes of those mutated monsters will break walls, jump from the hanging pods where they sleep or just surround you so quickly it won't matter how they did it. And you will have to run, shooting all you have, and better be fast because the enemy really likes expending ammo.

The game is designed for dieing, the idea behind it is that you will die, die, die and then survive knowing that in each corner awaits death, and it's fun. When you aren't running from monsters, blasting your path open under heavy enemy fire or surviving the attack of the security systems, you are on your way to a deadly trap.

And there is a good bunch of them. They really worked on it making these machinery an important part of the game. Not only can they be really fun in a somewhat masochistic sense, but also they are little puzzles that cut your path towards the end of the level. It can be said that where in other games you look for key cards, here you fall in deadly traps.

Shooting is done with the mouse, more importantly, the aim is done with it and that is one thing that shines in this game. The first thing you will notice when playing is how easy, or at least how fast, is getting your shots where you wish, really necessary for the many times you will be surprised.

But it also gives a spin to the game style, as instead of running towards your enemy with the trigger pressed, you can flee from it, bathing them with suppression fire in the hopes of stopping the continuous assault.

Mr Creosote:
This game is pretty much the swan song of the side-scrolling shooter genre. And most of it seems to be in public domain by now, and many ports are available all over the net

Wandrell:
Feel free to share anything about Abuse (1996) here!
[Reply] 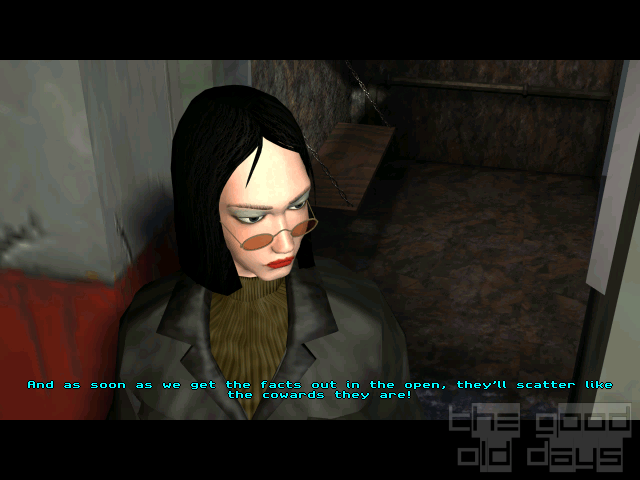