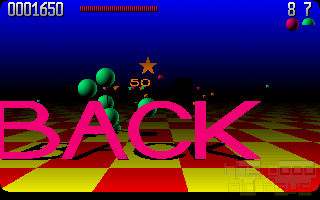 There has been a little disagreement about the quality of this game between Underdogs and me (I got the game from Home of the Underdogs back in the days when this was added to my old site The Keep). The problem with this game is that it invites you to get fast and faster and just try your usual shoot-at-everything-that-moves-behaviour. Unfortunately you will run out of “ammo” soon and that causes a Game Over. Don't play it that way! Play it as an action-puzzle. You definitely need some skills with the mouse (don't play it with a joystick!), but it's not the usual action-shooter you got here. You need to develop a feeling for the controls and for the way (and distance) to shoot. Don't think that killer-virus only sits there waiting to be shot - it will move in unpredictable ways sometimes and if you are too fast you will just miss it again and again - adapt to it.

Elwood:
Feel free to share anything about Vaxine (1990) here!
[Reply] 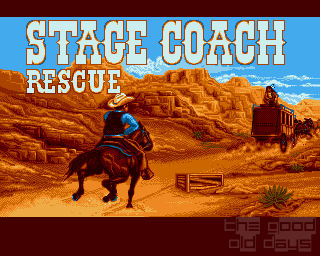