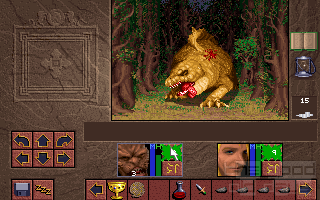 Fade in on a formidable fortress. The ominous music is soon accompanied by the frantic sound of hooves as a horseman gallops into view. The portcullis is raised, allowing him entry. He is a messenger, delivering unto Geron and King Richard of Gladstone a note containing dire news: “Scotia has uncovered the temple, and will have the Nether Mask soon.” Naturally, Scotia must be defeated and the kingdom saved from eternal peril.

Herr M.:
The funny thing is that as far as I remember you have to train him quite a lot until he reaches level 2 (I think I used a lot of scrolls and those wasp-swarm thingies). So I guess they never noticed this bug because they thought (and were probably right) that almost no one would bother leveling him as a mage anyways.

SB1988:
Originally posted by Herr M. at 07:52 on January 7th, 2018:
Quote:
Michael, a human whose strength is fighting
This reminds me of a rather funny bug: Michael actually is the best mage of the four. At least if you can get him to mage level 2 (or was it 3?) which is glitched and sets his magics skill way above Ak'Shels's. So, if you want to play a real powerhouse character, who is even cheesier than Conrad, pick Michael and be a bit patient with him.

Herr M.:
Quote:
Michael, a human whose strength is fighting
This reminds me of a rather funny bug: Michael actually is the best mage of the four. At least if you can get him to mage level 2 (or was it 3?) which is glitched and sets his magics skill way above Ak'Shels's. So, if you want to play a real powerhouse character, who is even cheesier than Conrad, pick Michael and be a bit patient with him.

(Might only work in the CD version though)
Wandrell:
Feel free to share anything about Lands of Lore (1993) here!
[Reply] 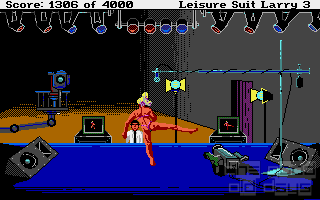