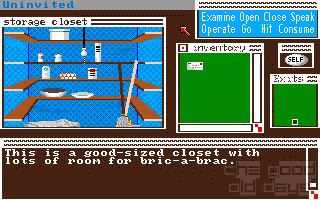 Driving a car at a stormy night can be quite dangerous: Accompanied by your little brother, you're on a quiet and lonely road through the open country when suddenly an unrecognisable figure appears before you. Trying to avoid hitting it, you pull the wheel aside and crash into a tree. Everything goes black.

Coming back to your senses, you notice your brother is missing. He cannot be seen anywhere nearby, and to be exact, there isn't much he could have gone to. There's only this old mansion, nothing else for miles. Just this smell of petrol. Petrol? As you jump out of the car, it explodes! At least you seem to have missed the figure on the road as there is no body. You have little choice but to check out the house. Maybe this is where your brother went...

Uninvited is more or less the same as Deja Vu. Game engine and mechanics are the same, graphics are the same style. And again, the story is based in a classic premise. Gothic horror this time (that means unlike Deja Vu, Uninvited has a few supernatural elements). And again, the execution of the story is excellent. Also, there are again many more items than you actually need which gives the whole setting a slightly more realistic feeling. Last but not least, Icom put some great ironic edge into the texts again.

There are some downsides which didn't appear in Deja Vu. You'll die a bit too often and what's worse, you'll sometimes even die in completely unpredictable ways. The worst scene is a long maze you have to pass - the fun killer #1 in Adventure games for the players, but loved by designers to make their games longer. How unnecessary!
The game would have been grim enough without all the dying and it would have been long enough without the maze - it's already a lot longer than Deja Vu. What do I always keep saying? You'll all know it by now, I mention it in every second review: less would have been more! 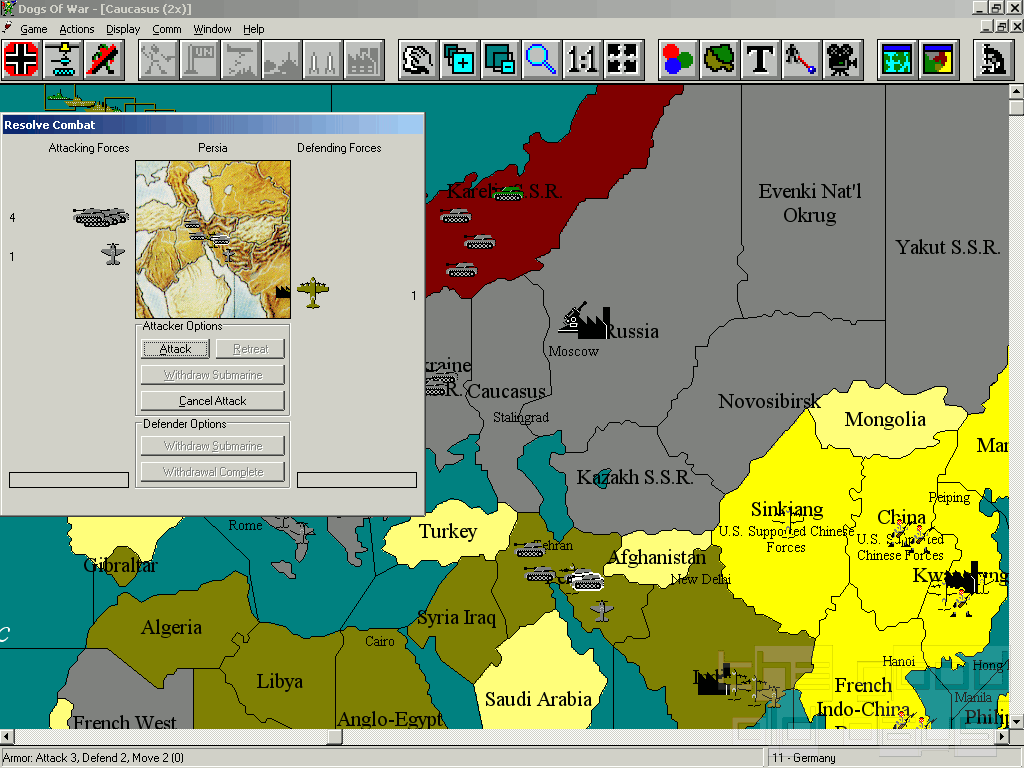