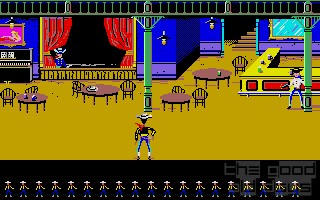 Lucky Luke - the man who draws faster than his own shadow. If you don't know this guy, leave this site now. Seriously - we don't want you here! Stop reading and go away!

So now that we've got rid of those non-cultured morons, let's talk about the game. It's about Lucky Luke helping a railroad to be built. Not sure whether this is supposed to be based on a particular comic. Could either be Des Rails Sur La Prairie (using the original titles here, because I'm not sure about English ones) or Nitroglycerine, with the latter being the more likely candidate, because the first ones predates the introduction of the Dalton brothers into the line. Then again, the similarities with the latter are fairly limited.

The game is divided into six parts: The first and the last one have Luke (controlled by the player) walk around seen from the top trying to get and use some items in the right locations. In fact, those parts are rather simple: All you have to do is visit the locations in the right order. In the second and third part, Luke faces gangsters in shoot outs on the street and in a saloon. In the fourth part, the railway track is block by a huge boulder and Luke has to collect and use a few items while climbing around platforms to blast it. Finally, the fifth part (the best one) is a small puzzle in which the player has to drive a locomotive and control switching points.

As mentioned, the likeness to the comics isn't really big - not much humour, just the graphics always remind the player that this is supposed to be a Lucky Luke related game. Gameplay-wise. the stages are all quite simple. In fact, I must confess that I only played this game twice. On the first try, I already finished it without any problems. And then, the second time, I played it for the sake of this review - once again to the end.

Which is the biggest problem with this game: It's just too short. A few additional switching puzzles would have helped, for example. The shooting is fairly stupid and the first and last stage completely unchallenging. None of them are particularly bad, but none are particularly good. Good for half an hour of fun. 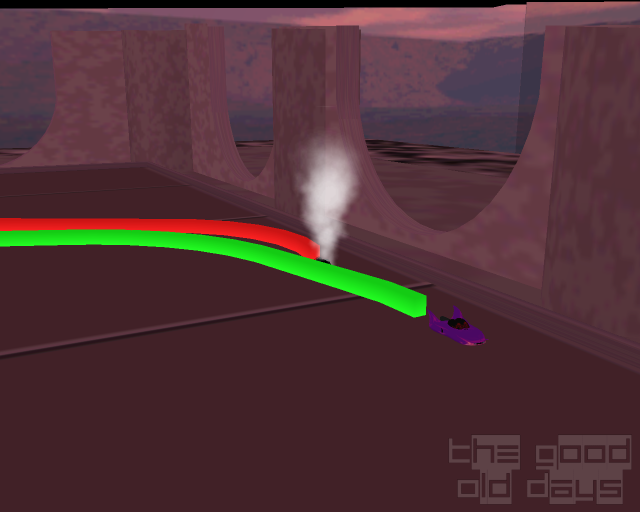