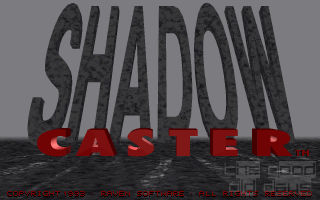 On a stormy night, your grandfather reveals to you you're actually from a race of shapeshifters from another dimension and that you've got a higher purpose in the fate of the world. Before he can explain the details, a stone Gargoyle located at the outside of the building comes alive and kidnaps him. You're on your own.

The usual convenient background story to throw you into. Shadow Caster plays as a roleplaying game with focus on action. In a three-dimensional (freely moving) view, you're walking around the alien world, meeting monsters (waiting to be killed), finding objects and generally trying to find your way.

The catch: You have got the ability to turn into different beings. Apart from your basic human form, which isn't all that special, you can turn into a cat-like humanoid. In this form, you're stronger, faster and you can see better. More forms become available to you in the course of the game as you find obelisks granting you more power. 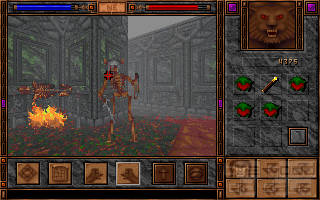 Man on a stick - tasty!
Each of the shapes you can use has its own advantages and disadvantages, too. For example, you can't swim as a cat. As a human, you can, and you can dive a little as well. However, there are better forms if you want to do that. And although the human form is basically the worst of them all, you're forced to turn back into it regularly. That is because your shapeshifting powers are slowly drained while you're not human - and recharged when you are.

Shadow Caster has a few simple puzzles and character development in the way of the different forms you can take. Many other common roleplaying elements, like real character development or interaction as well as assembling a party are missing, so it could be argued this falls more into the action genre. However you see it, it's a fun and good-looking waste of time. Recommended if you aren't looking for the whole 'deep' package.

I expexted a roleplaying game when I bought it that days. And I hated it. But I played it later again without those expectations and was quite happy that I bought it.
Because when you see it as an action game, it is realy good.

The game never got you or didn't you get the game?

Seriously, though: Your observation is correct, of course. This isn't much of a roleplaying game. Yet it is a nice Black Crypt sequel and I like the Anti Avatar / shapeshifting idea. In the end, it all depends on your expectations with which you try to get into the game.

Wandrell:
Shadowcaster never got me. It may be from Origin, but I find it to be some kind of labyrinthical action game.
Mr Creosote:
Feel free to share anything about Shadow Caster (1993) here!
[Reply] 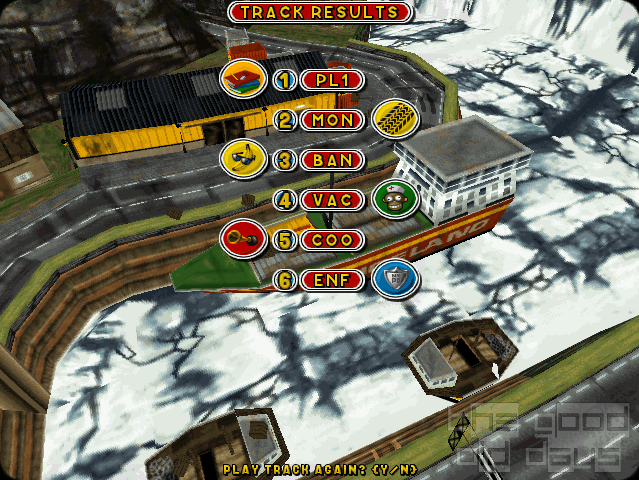