Spider and Web
for Interpreter (Z-Code) 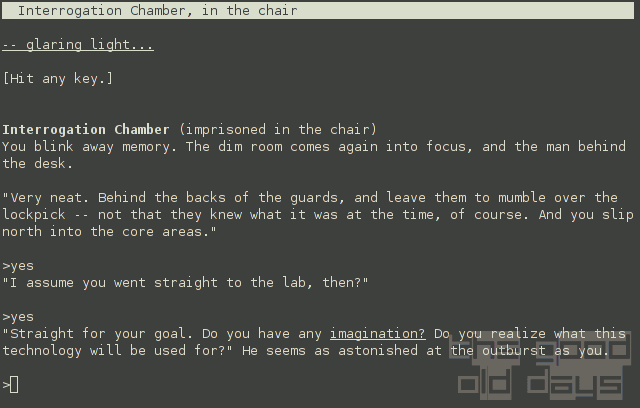 Let me quickly recap Alfred Hitchcock's theory of suspense with the stock example: Two men are sitting at a table, chatting away about completely unimportant topics. The audience knows there's a bomb under the table (they saw someone planting it before). However, they are powerless - they can't interfere. They want to warn the two men, but they can't. All they can do is watch. Thus, suspense is built up based on the audience's superior knowledge. Spider and Web, on the other hand, uses exactly the opposite formula: The protagonist knows more than the player (his 'audience') and it's not until the very ending of the story, that everything becomes clear.

The plot device leading to this unusual gameplay situation is this: The protagonist is a spy who has been captured infiltrating an enemy base. He's now strapped to a chair and being interrogated. His opposite number inquires how he has managed to get so far and the player has to fill these flashbacks with action.

The catch, however, is that the player is supposed to 'play' the steps which the protagonist then tells his enemy - which is not necessarily what actually happened. So the key to success is to find a plausible series of actions without arousing too much suspicion, because the latter would only leads to immediate execution. Failing on the former, on the other hand, allows for taking another shot at re-telling the same situation.

So the main challenge for the player is actually not just telling this story, but at the same time figuring out subtle hints about what might have actually happened. The differences aren't vast, but they become crucial in the later game, because those are the little pieces which you still have left as an advantage over your adversary and if it all ended without you getting the protagonist out of this sticky situation, it would be a rather unrewarding game, wouldn't it? 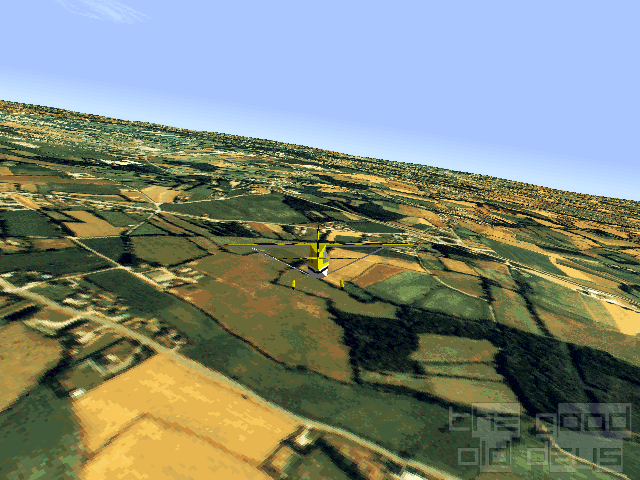