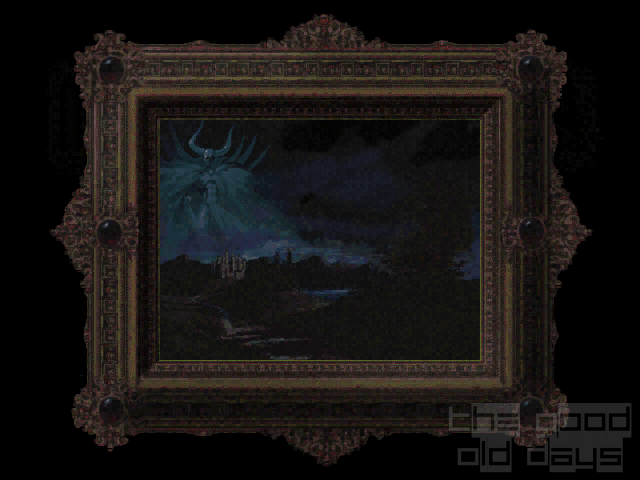 Bad guy conquers the world, the player is humanity's last hope to stop him. Seen approximately one hundred million billion times - and the stories of 90% in a fantasy setting. Not that anyone will care about the story in this Panzer General sequel.

After the rather disappointing cash-in sequel Allied General was released without their involvement, the original development team came up with Fantasy General - and put the series back on the track. Fantasy General once again offers well-balanced gameplay of the hexagram tactics variety. 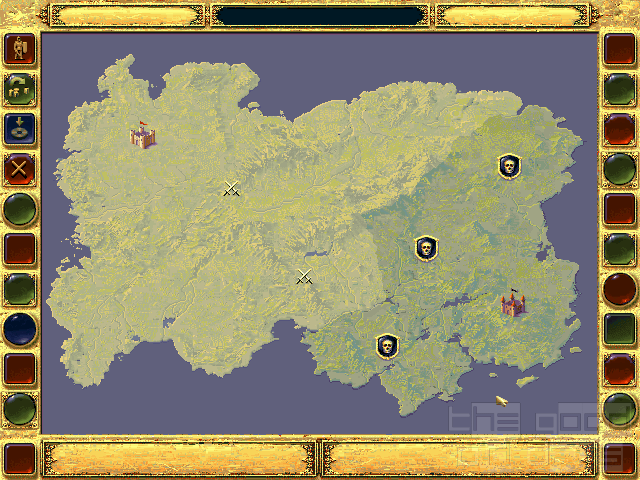 Choosing the next battle
Compared to Panzer General, a few things have changed. The main campaign consists of several islands which all have to be liberated from the evil forces. Each island has its own baddie, each of which has its own special units (on the last one, the main evil guy is waiting, having all kinds of units at his dispense at the same time), and each of whom has to be beaten in a fairly linear line of levels (sometimes you can choose between two or three targets, but that hardly ever makes a huge difference).

Likewise, the player can select his own avatar from a small selection: a mage, a sorceress, a knight and a general. This choice determines a few special abilities (e.g. the possibility to cast spells in battle) and also the type of units available. Human units are available to everyone. Apart from those, there are magic units, beast units and robot units which, compared to their basic human counterparts, have some different stats: magic units are strong attackers, robot units have strong defense and beast units are the toughest of them all. However, only human units have the ability to upgrade to stronger variants once those have been researched, retaining their experience... 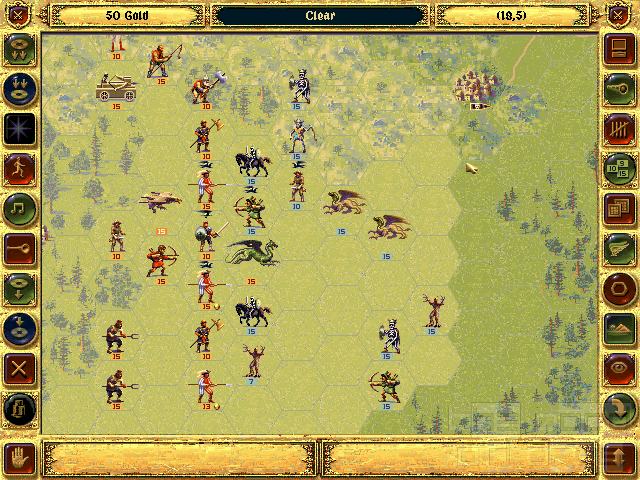 Clash of the armies
In combat, units don't dig themselves in anymore for better defense - pity, but there are hardly any levels where the player is in a defensive situation anyway (again, pity). A fun new feature is that units now take two kinds of damage: kills and wounds. A basic unit consists of 15 'members'. Fighting with the enemy, each of those can either be killed or wounded. Killed members can only be replaced in a village or between levels. Wounded members can be healed by resting a turn anywhere on the map (and resting obviously doesn't cost anything).

This is different for special hero units. These are extremely strong individuals (often possessing special abilities as well) who constistute a 'unit' on their own. These units only have ten health points and they can only take wounds. That means that they're always at their strongest when dealing damage (regular units get weaker with losses, because they consist of fewer people then).

No fantasy world would be complete without magic items, of course. These can be found in shrines, temples and caves and given to any unit, increasing some stat (e.g. attack or defense, movement) or giving it a special ability (e.g. a magic spell). 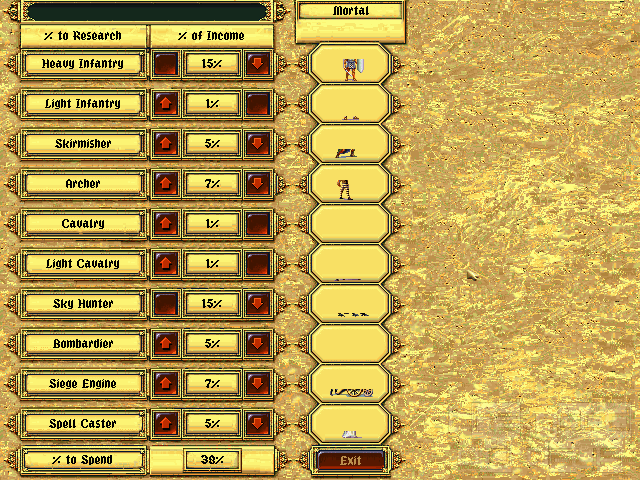 Researching new units
What's missing in the game is a little more variety in the levels. Almost all of them put the player into one corner of the map from which he has to conquer the rest of it. Not putting the human player in the defensive role is mostly just a way to hide the incompetence of the artificial intelligence. In this game, it works well enough if the computer player is defending key points of the map, i.e. if the AI only has to make decisions of local impact. At least an option to take over the 'evil side' in the campaign missions would have been welcome. Unfortunately, those missions can't be played individually (outside a campaign) at all, though.

So Fantasy General is another example of those games which don't really do anything wrong, yet which seem to be lacking. It's excellent fun, but experienced players who have finished the campaign a few times would just like to have more!