The Guild of Thieves
for Amiga (OCS/ECS) 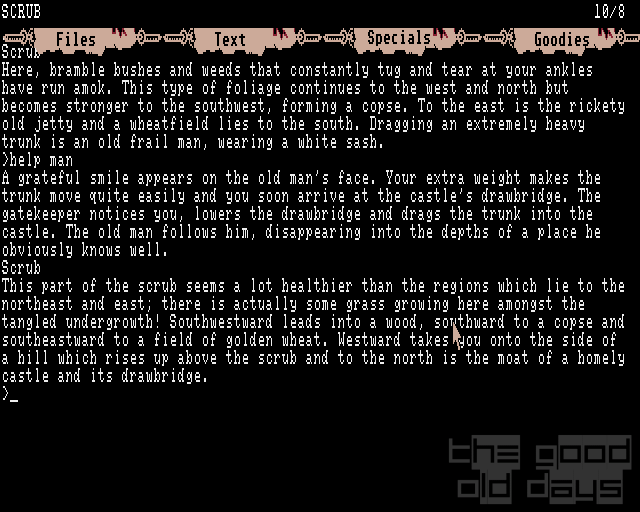 Magnetic Scrolls send you back to Kerovnia, the location of The Pawn. But instead of a confused stranger, you are an aspired wannabe-member of the famous Guild of Thieves! To be accepted to this illustrious round, you have to prove your abilities. The guild sends you to an island and you have to ransack as many valuables as possible. The castle-like mansion looks like a likely target, but you're already stopped at the entrance by the guards. The nearby bank on the other hand looks like an even harder job...

In spite of being set in the same 'world' as its predecessor, Guild of Thieves largely ignores the fantasy aspects of it mostly and offers pure middle ages instead. A decision which does the game a lot of good! No stereotype magicians or ridiculous 'races', no dragons or orcs to slay. All that stuff only rarely mixes well with the Adventure genre. Finding valuable items, getting through security systems and sneaking past guards does.

Apart from that, the game is more enjoyable than Pawn, too. That is mainly because of the slowly rising difficulty level of the puzzles which lets you get into the game quite easily and gets more demanding over time. Since you're the active part of the story (other than being given short 'quests' from others), the game is less fragmented and linear.

The user interface has basically stayed the same, but one really useful new command has been added: “go to”. With that, you can re-visit locations or even items without actually knowing the exact way. Drawing maps is a thing of the past! The graphics have been improved, too. Technically, they are on the same level, but they look quite a lot more detailed - more time has obviously gone into this.

On the whole, a really great and funny game which makes a lot more polished appearance than its predecessor. Highly recommended!

If you have problems with the copy protection, get the codes from the Magnetic Scrolls Memorial.

Mr Creosote:
Feel free to share anything about The Guild of Thieves (1987) here!
[Reply] 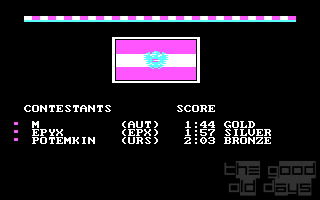