Might and Magic III: Isles of Terra
für PC (DOS) 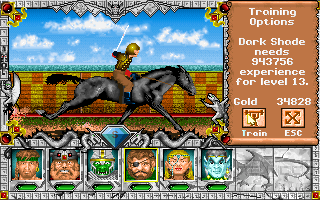