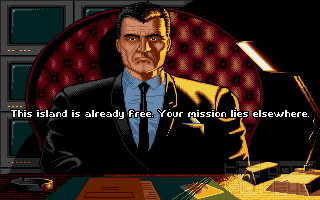 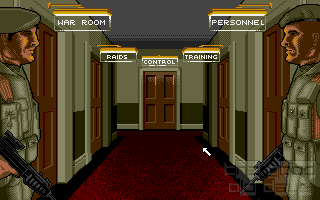 Gentlemen, you can't fight in here - this is the War Room!

Each island represents one mission in game terminology. To break Saharan control over it, there are always a few objectives to fulfil. These range from destroying a building and assassinating a Saharan commander to enlisting the help of key people of the local resistence or stealing important documents. Of course, some missions are harder than others, depending on the strategical importance of the island. 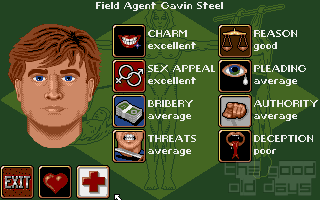 Apart from that restriction, Flames of Freedom basically goes off into the 'more of everything' direction. More characters, more weapons, more vehicles and obviously more islands. Interestingly enough, most of these elements have been embedded into the three-dimensional surroundings, i.e. you can now see the characters standing around in the landscape or the vehicles driving / flying and interact with them in that graphical mode. 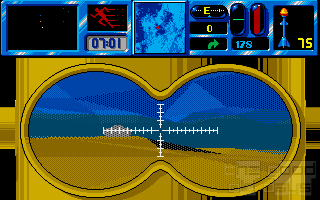 Of course, it's still not a perfect simulation of a real world. Some suspension of disbelief is required for some gameplay-related actions. Jumping into a flying helicopter? And how exactly will just convincing the wife of the head of police to join your cause overthrow the whole island government? All of this stays at an acceptable level, though.

On a positive note, one great improvement is the automatic travel mode. On the map, you can plot your route and then (as long as no threat occurs) speed up time as your character moves automatically. So no tediously long journeys in 3D mode anymore - unless you specifically ask for it. 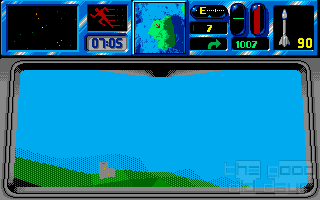 Panorama view from a Zeppelin

From a technical point of view, there are unfortunately a few complaints to be made. The first and foremost is loading times. The game lacks a regular hard drive installation routine (though these days, there is WHDLoad, of course) and it constantly needs to access the disks in a really disturbing fashion. The other is that the polygonial 3D graphics are a little on the slow and jerky side on standard Amiga models of the time (chances are, of course, you won't have any problems with your current equipment, of course).