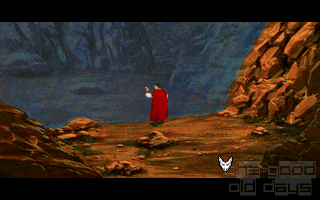 Great, we are at it again. An evil wizard that just appeared is trapped with magic, just that one day he will break free and cause havoc. And being as we are the good guy we forgot about him until the last moment. So, quickly, let's rush and save the world!

Don't think wrong, I understand the guy. He left the wizard weakened for twenty years just to have a card when becoming the king. You see, he has just got the crown and now he can say “I'll get rid the kingdom of the danger that my father always left waiting for the next day!”. That, or he just ignored the problem until it's about to wreak havoc and death, just like real world politics.

And the poor wizard... all he did was appear from another plane or whatever to get trapped for years. But anyway, that's not the point, we are to murder him. I mean, to rid the kingdom of his danger, and so we get a bunch of strange places to visit for getting magical items, which will bring the bad guy's doom.

Quite trite, but still fun. Not just because you get a nice plot twist, but just due to it having and original world. And being short. It's longer than other of Micropose adventures, like Phantom of the Opera. But still it's short, and that makes it better.

You see, a of fantasy world can only last fun if you have a nice weird plot, or if you stop the story before anybody gets used to it. Most people ignore both, this game just ignores the first part, even if it improves a bit the story on the second part of the game, but keeps the second.

And doesn't even add some labyrinths to try to make the game last longer. There is a labyrinth, but luckily it just ends being a completely random puzzle (that or I solved it by chance) on a small corridor.

So the result is a nice game. Not a marvel, but still a good game. But would have been better if they didn't use the “evil warlock” plot.

Sounds too bad? Well, not that it is such a bad game. It's a bit of the vanilla fantasy that mixes all it can, but still it has a nice flavour. Not too good, but fun for the short duration it has.

Well, you know, once you go beyond the apex of the 18 years old, life is a hard down road.

But getting to the point, why is it random? Because I went, did choose one or two of the pixies and suddenly I solved the puzzle not knowing what happened.

And why is it also random? Because when you get into a labyrinth you are expecting at thematically related puzzle, not one about checking color pixies that keep moving around.

cheez:
I like how logic puzzles are "random" to Wandrell. Speaks volumes of the reviewer... I solved that thing when I was 10, the proper way.
Mr Creosote:
It's funny. In all those three Microprose Adventure games, my initial 'first impression' was a lot more positive than what I thought about them after sleeping on it a couple of times. There seems to be a certain undefinable quality about them which fades on closer inspection.
Wandrell:
Well, I added a small paragraph at the end. And decided that 5 may be too high, as a game with a 5 would be fun to replay. So I lowered it to 4. Not too bad, not too good.
Mr Creosote:
Ah, so it's another negative aspect. And here I was foolishly hoping for the opposite

Now I look at a dictionary, it's a false friend. Tópico in spanish means topical, typical, but also refers to something so typical that everybody expects it and became a stereotype.

The correct word seems to be trite. So I'll solve it.

The shortness is not really a positive quality, either, is it? It's just the avoidance of another negative characteristic (dragging on too long).

Also, I'm not quite sure what you mean by 'topical' (both in the review and here). This implies there are some issues addressed in the game which are of current relevance. Yet you never name them. What are they?

I suppose I centered too much on the negative. I think it was enjoyable due to it being so short, otherwise it would end being an easy and monotonous game, which would only stand for looking good.

But being so short you don't end getting tired of it, even if the game is so topical.

And that puzzle, it seems you should talk to the pixies and follow their clues. I didn't even know I had to talk to them, found it on a guide. Talked to the first, asked if I could continue and went forward. Later I found I had to talk to a red one with a certain name and ask to pass, so I was just lucky.

Maybe I'm reading too much (or too little) into your words, but what is it you actually like about the game? You've given it an excellent rating, but it seems you've got quite a bit of criticism while saying little positive.


Quote:
And doesn't even add some labyrinths to try to make the game last longer. There is a labyrinth, but luckily it just ends being a completely random puzzle (that or I solved it by chance) on a small corridor.
Which sounds quite negative, too ('completely random').
Wandrell:
Return of the Phantom. I always make the same stupid mistake with that game.
Mr Creosote:
Phantom of the Opera?
Wandrell:
Feel free to share anything about Dragonsphere (1994) here!
[Reply] 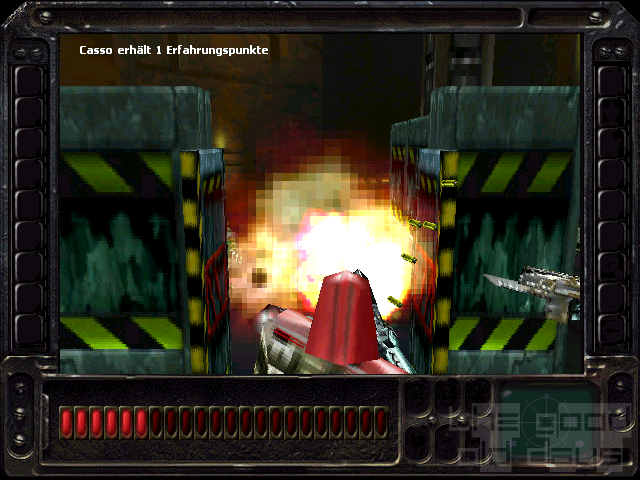