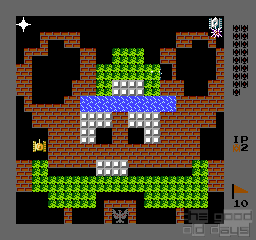 Nobody can doubt that a simple game can be lots of fun. You just need an interesting idea, like tanks shooting each other on destructible terrain, and there you are, with a great and original classic in your hands.

But actually I recall this game not as much because I liked it, but for being one of the favorites at my home. My father and his friends loved this and a bunch of other NES games. In case anybody wonders how could I have this game as a kid, being it a japanese game, well, bootleg NES, and Gameboy, games were a craze on it's time, but that tale, which I'm sure could end being interesting, would be for another time.

The thing right now is that this game is great. And even has a cooperative mode, making it even better. But why is it so great? Well, just because it's fun. It's fun being a tank that goes around shooting the enemies, it's fun picking up objects around the map that make your tank bigger and meaner, and it's fun opening your way through the walls to reach a tank and blow each of them apart.

You only last a shot, as long as you don't get any upgrade, and all you have to do is survive a wave of enemies. There is a limit of them, but they will arrive non-stop, trying to overcome you and reach your base. This base is protected by a wall, of course. But once that protection disappears it's just a shot and you are done.

Of course there are some pickups that make indestructible that protection, for a time, but usually it's your job making sure they don't come close to your base, no matter these enemies are the normal kind, the fast ones or heavy tanks.

But you will end going after them, not just because it's more fun, but because the way to make the pickups appear is hunting and killing the blinking tanks.

And, well, that's all. Typical NES game, short, simple and thought for playing quickly whenever you feel like it, so much that it even let's you choose the level where you will start. And if you don't like any of these levels, you may as well use the editor. It has all you would ever need.

I always found it interesting that despite being a Japan-only game, this seems to have been well-known just about everywhere even long before the internet. From what people make it sound, this game was bootlegged on the level of a Mario!

This game is part of a pair with another FC game called Warpman. Both are remakes of early '80s arcade games, Tank Battalion and Warp & Warp. I quite like Warpman, maybe I should add it. On the other hand, I think W&W came out better than TB did, and sometimes I prefer it over Warpman; maybe I should write about it instead.

There's also a big 16-bit sequel to TB/BC called Tank Force, with some very nice music among other things; unfortunately, there's no level editor, as it's only ever been an arcade game. 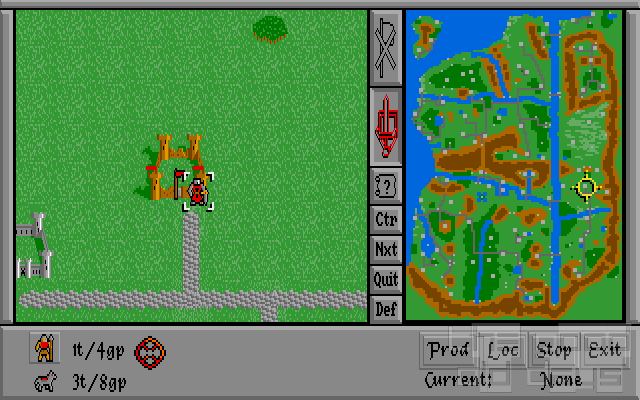