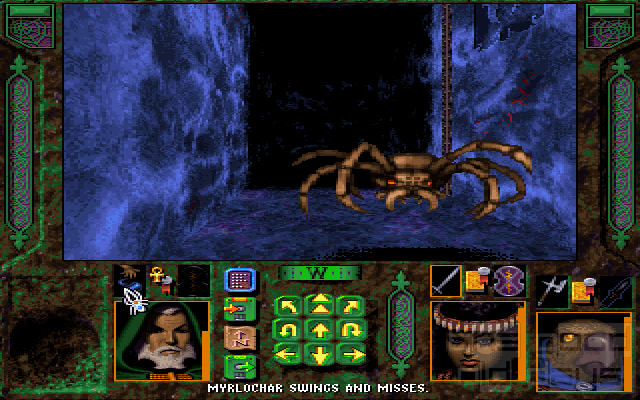 You know that for getting on a quest the simplest excuses are more than enough. This time it's rescuing a village you were sleeping in which makes you travel deep, deep below to meet the evil guys, and spread goodness on their head with a big hammer.

Yes, as you can expect from a D&D dungeon crawler things are pretty simplistic. Of the “we are the good guys, so that means all the people we killed are the bad guys” kind. And the plot is up to it. Not that you won't find a few interesting situations, but this won't much further.

Well, don't look at me like that, the mistake is easy to make. Drizzt is a white haired drow who want's to fight his destiny as an evil guy, coming from a place where all the people are bad and all that.

It's all one of those watered down copies of Elric stories. You know, the albino and of ill constitution last emperor of the dying Melnibonean empire, made by a decadent race that loves pain, witchcraft and heavy metal. Just removing all the tragic hero themes, and all the idea of fascist order versus anarchist chaos of Moorcock stories.

But, whatever, after all there are bigger problems here. For starters this looks like just an experiment. It's like if after making Dungeon Hack they wanted to make an improved engine, and then created this to test it. Just that this is not a good test.

It's all very simplistic. You won't use most of the items, and that when you know what they do. Was I supposed to know that a piwafwi is some kind of invisibility cloak of the drow without looking on the Internet, it just looked like old clothes, and I won't leave my armor for old clothes.

And that's just one example. Because I can find several others, and also on the other extreme. Just try the mystic hammer, created with a spell. It's up to any machinegun thanks to its absurd number of attacks per turn.

This extends to all the game, and such imbalance makes it all too easy. And let's not forget that Drizzt joins you very early on the game, and is with you for nearly all the game. A level 15 guy with two magic swords since the beginning...

Anyway, this is a dungeon crawler. Not one of the best, but still an action oriented RPG for playing a bit. If you could see anything (because that damned darkness and the crappy scaling system used makes it all very hard) this could be a nice game.

But, hell, as I said this is a dungeon crawler. Just don't expect any marvel, only dungeons and monster genocides.

Wandrell:
Feel free to share anything about Menzoberranzan (1994) here!
[Reply] 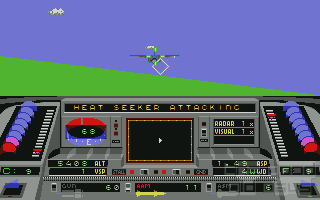