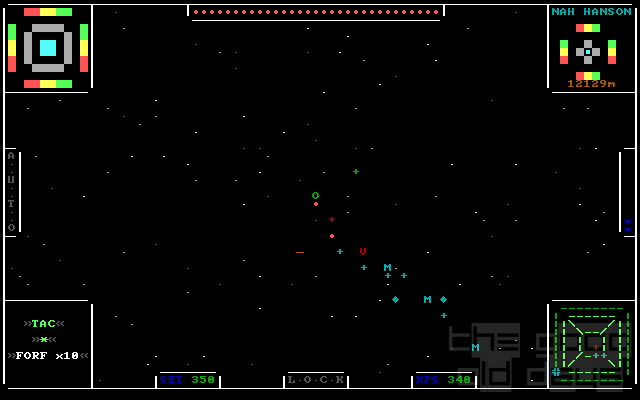 Remaking Privateer... many have tried, quite a few have succeeded. Yet, Ascii Sector stands out even from the group of good ones. The selling point: The whole game uses the the ANSI (ironically, not actually ASCII) character set (in 16 colours) to create the graphical environment the player moves in. This is because the game takes place in another part of space: the Ascii Sector. Like the Gemini Sector found in the original Privateer, the Ascii Sector consists of four quadrants, numerous star systems and many planets. Just (obviously) not the same ones from the original game. 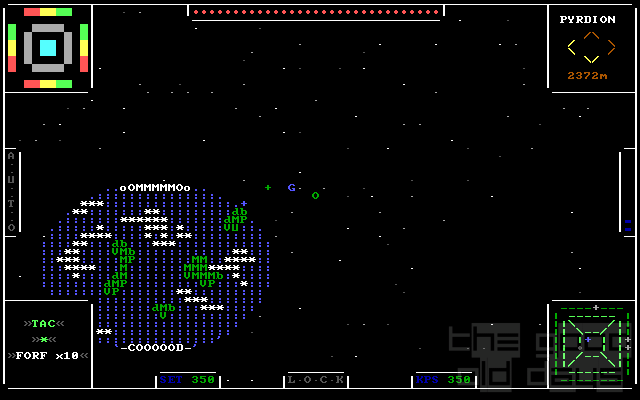 Not that this makes much of a difference. The planet types are the same ones, the goods which the player can buy and sell are the same ones and the ships and ship upgrades are all there as well. Concerning the latter, Ascii Sector even extends on the original a little by giving the player access to a few ships which were in Privateer, but not flyable (e.g. the Drayman or the Demon) and it also adds a few new ones. The additions being carefully balanced in respect to the existing basis.

What's also missing from the game is the original storyline. Instead, there are downloadable 'quests' which can be installed as add-ons. The game even allows for scripting of custom quests, so in theory, anyone could just put the original story in there (with the relevant planets being replaced, of course) - very good feature!

Gameplay in general is extremely faithful to the original. In space, the graphical perspective has been changed from a three-dimensional view from the cockpit to a two-dimensional perspective (this makes perfect sense). Flying around, trading, killing for bounties and all that feel exactly right. The controls (keyboard commands) have been recreated, too, so veteran players can feel right at home. 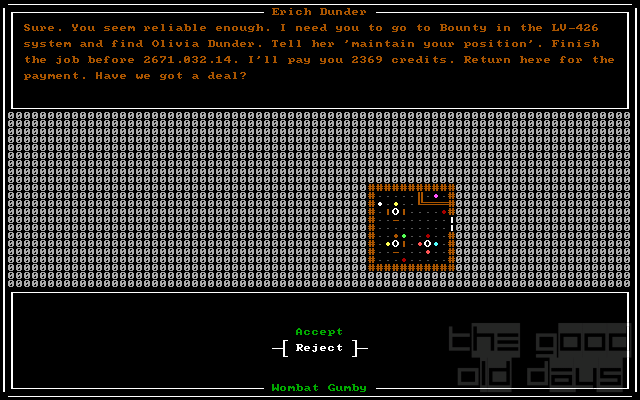 Picking up a mission in a local bar

A few new gameplay features have crept in as well. For example, NPCs on planets can be attacked and robbed, ships whose systems have been disabled can be boarded, their defenders killed and their cargo taken.

It's hard to find anything critique-worthy in the game at all. This review is based mainly on the experiences with versions 0.5 and 0.6. These versions are perfectly playable, completely stable and - as described - they already go beyond the features of the original a little. It'll be fascinating to see it be developed further as it's already turning into an independent game on its own right!

The game runs under Linux, MacOS and MS-Windows. It can be downloaded from the official website.

NullVoid:
Development may be continuing at a snail's pace, since the author decided to actually do this for a living and has started to slowly divorce this game from the Wing Commander/Privateer fandom, while concentrating his efforts on a different, commercial project. Still, as it stands late-2017 it's a gem of a game as it is.
Mr Creosote:
Feel free to share anything about Ascii Sector (2009) here!
[Reply] 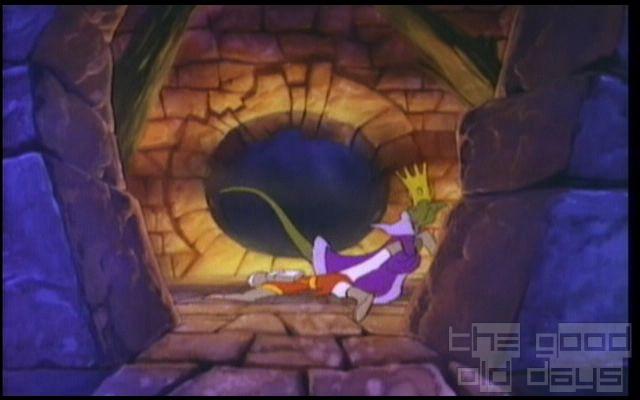