Dogs of War
for PC (Windows) 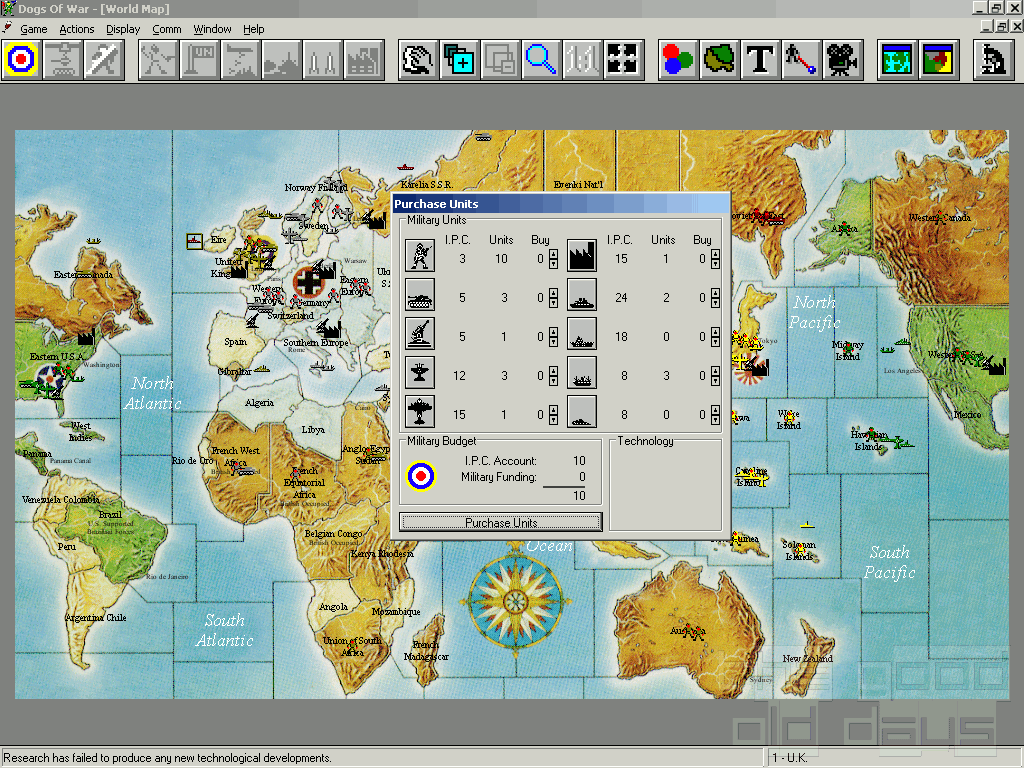 The active military superpowers of the time can be taken over by human players or the computer: the USSR, Germany, the UK, Japan and the USA (in case you're missing France on the Allied side, remember that the game takes place in 1942). If desired, the alliances can be changed, though to be honest, any change in this respect pretty much destroys the game balance immediately.

This balance makes every country worth playing, because each country has got a chance to win and each country comes with a different challenge: The war is basically decided by the fate of the USSR. If Germany manages to make it collapse, its chances to win the war are suddenly very good. However, Germany needs to move fast as time is working against it. Surprisingly, this situation makes the roles of the USA and the UK all the more interesting: Although they are not quite under pressure themselves immediately, their purely geographical position makes it hard for them to stabilise the USSR directly.

Each round consists of production (armies, aircrafts, ships), some basic research, then movement and battles. The heart of the game is, of course, moving the small soldiers and other icons around the rough world map. The interface decision how to carry this out is unusual to say the least: Armies can be placed freely within each territory and they can be dragged where they are supposed to go. Selecting more than one army at a time and moving them in a group is also possible. Sounds good, but as soon as the number of armies per territory increases, it becomes very crowded and overview is lost quickly. Some sort of grouping function, either just by army type (soldier, panzer etc.) or manually (user-driven) would have helped.

The only other possible complaint is the artificial intelligence. Although it doesn't make any obvious mistakes, it still cannot compete against human players. This is a pity as it brings Dogs of War back to the inherent problem of board game conversions: If you've got a couple of friends over to play the game, why not just take out the original? This does not make this game bad - at the very least it is a very good training tool.

Dogs of War is an excellent shareware wargame unofficially based on Axis & Allies, a popular Milton & Bradley boardgame of the same name. The story of how the game came to be abandoned (or “orphaned” if you prefer) by its creators, Software Engineering Inc. (SEI), is one that is both interesting, and a stark reminder of how possessive companies are of their intellectual property.

Dogs of War is based on A&A the board game, but with some minor differences because SEI did not have the official sanction from Milton Bradley. After getting some loyal following in the wargaming community, M&B (by then a subsidiary of Hasbro) threatened to sue for copyright infringement unless they took it off the net and stopped selling the game. It's not surprising that MB's threat came right before Hasbro began selling the official version of Axis & Allies, but it is ironic that the official version is much more inferior to the fan-made shareware game, with many critical bugs and a weak AI (at least until the patched version, Iron Blitz, was released).

For anyone who is not familiar with the board game, here is a short synopsis of the game. Axis & Allies simulates World War II on a strategic level, abstracting away small unit tactics and bringing the strategic, economic and full scale logistic problems of global conflict into focus. Each player assumes control of one of the five major historical powers of the War: Russia, Germany, Great Britain, Japan and the United States. It begins in the Spring of 1942, well into the War where the battlelines and political alliances are clearly drawn. The strategic questions confronting all players are what do I build, how much do I risk in weapons research, and what do I do with the resources I have to carry out the war without depleting the “economic stamina” of my country.

Despite amateurish graphics, Dogs of War excels in spades in the gameplay department, offering a challenging AI, many alternate options from the board game version, and best of all, multiplayer support to play over the Internet. If you enjoy strategic-level wargames, Dogs of War is simply a must-have, and a welcome change in the genre that is typically dominated by tactical-level titles. Two thumbs up, way up! 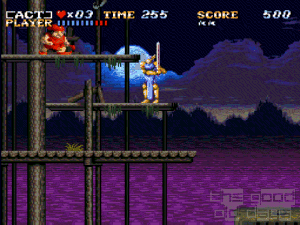