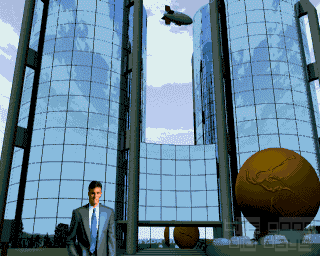 Der Produzent - Die Welt des Films (The Producer - The World of Film) – not just the title, but also the packaging looks very reputable and serious. Which doesn't fit the tone of the game itself at all, but more about that later. First, the obligatory clarification: This game is about producing films. For television and video distribution and later, once you've made a name for yourself and you've earned enough money to finance it, for cinema.

So you wade through scripts, look for fitting actors, rent a studio and so on. What really defines the game, though, is its sarcastic irony: Sure, you can simply ask actors or directors for their price, but if you want your movie to be a success, you have to lower their demands a little; this works by convincing these arrogant simpletons that you're their friend. So you tell them what they want to hear, but what that is for each of them, you first have to find out.

Special events work in a similar style: One of your actors turns out to be an actual serial killer – will you just shoot the real courtroom scenes and incorporate them into the movie or replace him? How will you cover up your embarassing public antics when you got drunk last night? What will you say in a TV interview? The humour is anything but subtle or intelligent, but since it is mostly the player himself who is the target of the jokes, the game remains easy-going and positive about it.

The presentation, on the other hand, is not so great. The rendered rooms in which you will spend most of your time appear cold and lifeless. The important pieces of information appear in plain text. The sound effect you will hear most of the time of the one accompanying the selection of the buttons (which at least serve for simple and intuitive controls).

On the positive side, at least the difficulty level is quite demanding. Many similar games turn trivial all too quickly. In Der Produzent, you have to consider a lot of things: How good the script is (maybe the most important factor), how well do these people suit the film's genre and style, how well do the actors fit their roles and so on. What is the feedback of the test audience? Good enough for a financially risky launch in the cinemas or would this stinker be better placed on TV right away?

All in All, however, the routine is always the same: Buy a script, plan the production and start it; then, after it has been finished, market it and hope for a profit. At least the challenge scales automatically over time: The actors and directors increase their asking prices after each project based on their increased experience. As a fan of the genre, you might be able to spend quite a bit of time with this game. You just have to be prepared to encounter some very inconvenient bugs in the process (e.g. when you suddenly cannot read the synopsis of a script anymore) – pity. 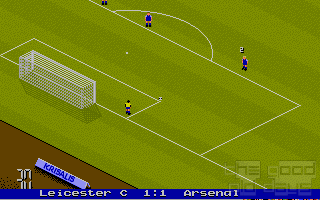