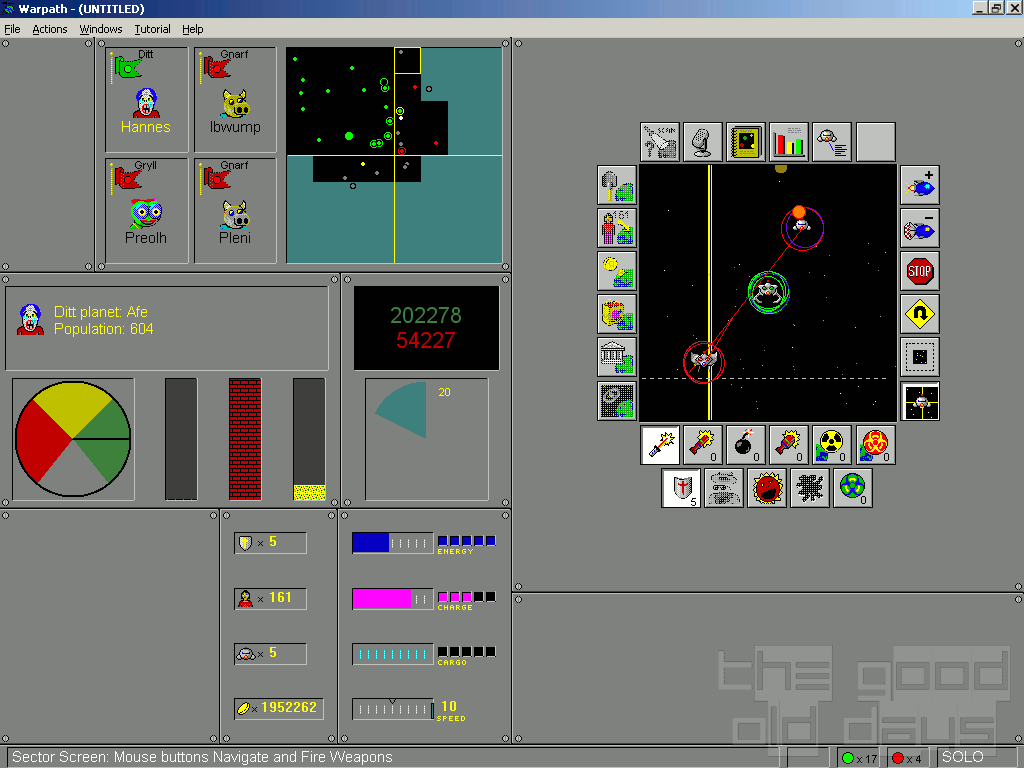 The segmentation of the universe into four sectors, each gouverned by one race, is crumbling. Peace is not an option any longer – all you can decide is which path of war to follow.

Races following the path ironically called 'peace' (represented by the colour green) attempt to expand their empire by settling on as many planets as possible. These colonies are then built up through investment into industry, defense, education and so on. This brings in tax money and after some time, these planets will be able to defend themselves against attacks quite well.

The 'path of war' represents the opposite end of the spectrum. These races are not primarily interested in building things, but in destroying them. Their hope being that an early, quick strike against their opponents will wipe them out before they even have the chance to develop into a large, well-defended empire.

So much for the theory. In reality, you can pretty much play however you want, of course. You control your spaceship intuitively with the mouse, explore the universe, drop settlers on planets, buy weapons and have action-packed battles with the enemy ships – the difference between the 'pathes' quickly becomes only a factor of being allies or enemies.

So Warpath plays pretty much like a regular space shooter. The strategic elements are minor and simple. For illustration, consider the economic model: You can harvest resources on uninhabited planets and sell them on any friendly or neutral ones. It quickly turns out that the best strategy which will make your bank account virtually explode is to harvest planets dry, then build a colony there and sell the same resources you have just harvested to your own settlers – because they are now in desperate need, they will pay huge prices.

Nevertheless, a good economic basis can help your victory. A shooter with light strategy – why not? Especially as a multiplayer game, it is ideal: A game never lasts much longer than half an hour, there is no learning curve and the initial phase without any players meeting & competing is very short. So, a game with a high party factor – recommended!

P.S. This former shareware game has been released for free to promote its sequel. 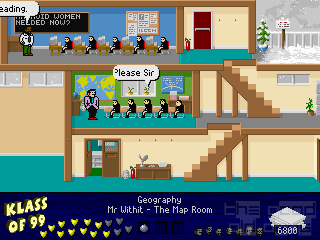