Beet the Devil
for Interpreter (Glulx) 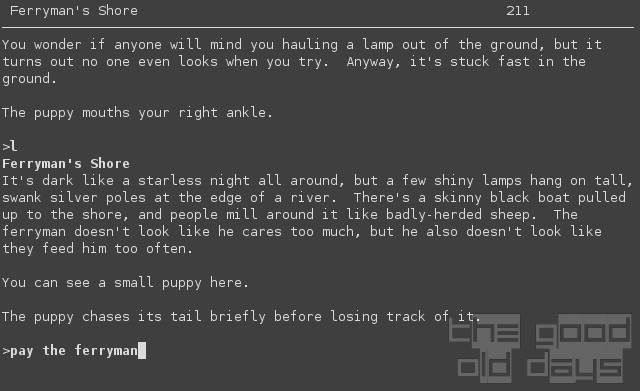 Demons have laid waste on your garden, probably killed your neighbour and, worst of all, kidnapped your dog! What else is there left to do, but to go down to hell (armed with various vegetables and accompanied by a helpful puppy) and to retrieve it?

So obviously, this is a comedy, but it is not nearly as over-the-top as one would expect from such a premise. The game takes Christian mythology fairly seriously. In particular the seven deadly sins are not just represented by appropriate thematic rooms and characters, but they actually serve as the background of the game's inherent moral; that being in line with the official Christian views (i.e. “lust is bad”).

However, Beet the Devil is not so much about morality, but much more about puzzles. Hell is apparantly a linear series of thematic rooms each of which has an exit guarded by some hellish creature which you have to overcome. This usually involves... some vegetable. Unfortunately, these puzzles are not very well designed. More often than not, the only way to solve them is simply trying out every possible combination of objects as they suffer from backwards logic (i.e. it only makes sense after the fact) or are just hinted/motivated by some far-fetched pun.

The writing itself only reinforces this sub-par impression. The initial room descriptions are needlessly wordy, making it hard to distinguish between what's important and what's not. After that, however, many objects are not even implemented or hardly described at all. A better balance between these two levels of expository description would have improved the game experience significantly.

Over time, the game even loses a lot of steam. After ten rooms or so, it all gets samey. It's not just the player, though; while the first few rooms have some imaginative stuff put into them, later, it's all just one non-descript demon after another. Another very tough task for any author is to know how far to go with a game idea. Beet the Devil's can't sustain its own length. And even before that motivational drop, it's hardly a masterpiece.

Mr Creosote:
Feel free to share anything about Beet the Devil (2011) here!
[Reply] 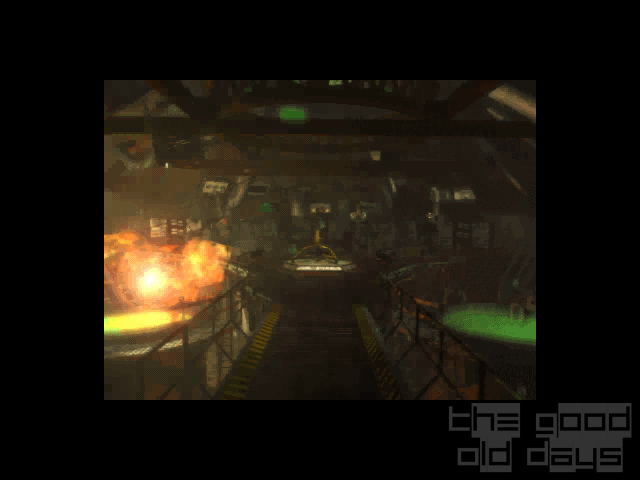