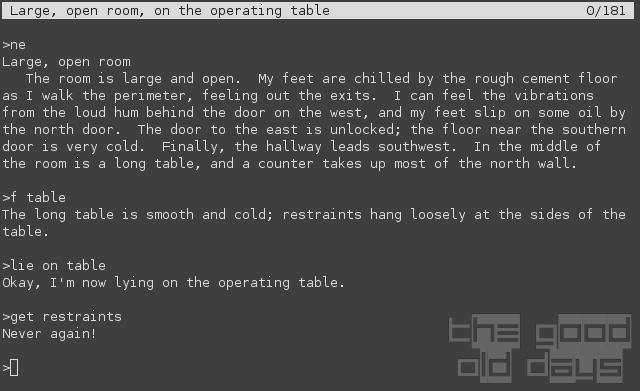 A woman is abducted right off the street by a man. When she wakes up, she finds herself chained to a bed... obviously, the goal is to escape. The catch: She is blind and, being in an unknown surrounding and still affected by the shock of the attack, disoriented. “Who says blindness is a handicap?”, asks the game. This seems like a bit of an unreasonable implication – it is a handicap and this game will not convince anyone otherwise. A better tag line would have been “Who says being blind makes you easy prey?” or “Who says blindness makes you defenseless?”, because that is what the game turns out to be actually about: fighting back.

The usual instinct of every Adventure game player is to examine everything. That rule is replaced by “feel everything” in this game. Other than that, however, blindness does not really seem to affect the gameplay conventions much: You explore your surroundings (always trying to remember to use “feel” instead of “examine”), find objects which will open locked doors or open more of the world (i.e. the kidnappers house) up in other ways.

There is an honest attempt at adapting the standard action and description techniques to use other senses than sight. This works quite well as far as the latter is concerned. Player actions sometimes result in slightly inconsistent replies, however. For example, how do I know that there is a desk in the very first room if, as it then turns out, I'm unable to reach it physically?

The suspense factor, on the other hand, should not be underestimated. You're trapped in an unknown house in which a madman is also lurking about. It's all quite claustrophobic and tense. Multiple puzzle solutions and endings do the rest. It all ends quite unexplained: What that man's motivations actually were remains open; he's obviously a serial killer, but above that, we learn nothing about him. Just like the protagonist remains faceless. All for the better: This way, the player can concentrate on the thrills rather than some psychologically unconvincing backstory. 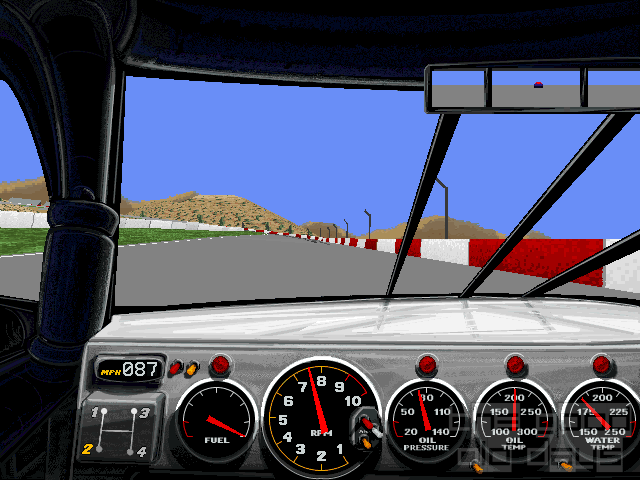