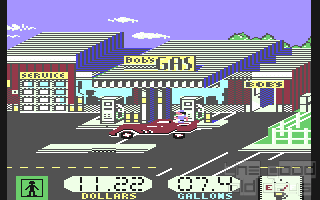 Back in the 80s, 'action toys' were the market. The leading company was Mattel with their action figures ('Barbie for boys'). And there were these toy cars. Completely unlike the car models which existed before and served only 'museum values', these little metal (or plastic if it had to be cheap) vehicles were actually designed for children playing with them! I, for example, held 'ramming contests': causing two cars to crash frontally and the one which falls upside down loses.

Again, Mattel was the producer for these cars. they had several different lines, the most influential being those which had different states of damage (forgot the name) and the Hot Wheels. The latter were especially 'cool' cars, no VW amongst them (unless visibly tuned). Just fast quasi-racing cars - just what little boys dream of.
That toy series spawned this computer game. And it's a great one! Today, it plays as freshly as when it was first released. For the simple reason that nothing like it has even been released again in all the years that followed.

There is no objective, no goal. You just choose a car (or build your own out of several components) and drive through a town,. And what can you do there? The same things as in real life! Almost at least. You can wash your car, buy petrol, get an oil change, tun the motor (and that actually makes a difference!), just enjoy the view or take part in a crash race.

If you get tired of that same old car, you can just buy/build a new one or steal one from the parking lot. Your money will never run out, nor will the police catch you. And there is one special event which provides you with a special vehicle: Sometimes, a house will be in flames. Now you can drive to the fire station, park your car there, take the fire engine and shot the flames out with your water cannon. Whether you return the fire engine is completely up to you

Yes, that's it. The whole game is just two different roads, connected via a freeway. About 6 screens on the whole. And still it is so motivating that it's hard not to get addicted! Why always put yourself under the pressure to win something, why always fight wars when you can just peacefully drive around a bit and enjoy yourself? And that without polluting the environment 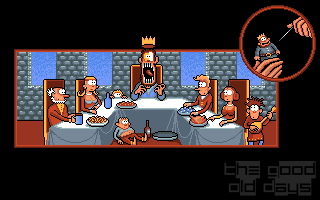