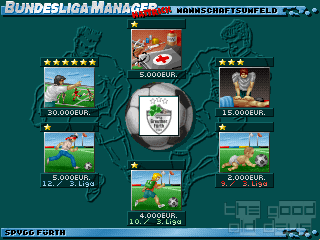 Following Bundesliga Manager and Bundesliga Manager Professional, Bundesliga Manager Hattrick is the third part of the Bundesligamanager series by Software 2000. As the name suggests, you have to manage a football club in BMH. You can either start out in the first division (Bundesliga) or, if that is too boring to you, try to work your way up with a club from second division or even lower. Apart from that, you can also choose to manage a national team – on the side of your club or exclusively. It is even possible to play with up to four players on the same computer.

Basically, BMH extends its excellent predecessor BMP with a few functions and it has got better graphics, giving the game a better athmosphere. This, however, is not enough to declare it a good sequel, in my opinion.

What makes BMH so special is the extreme amount of settings; for example, you have got the option to watch all games of one day in a sort of TV show. If you don't want to be bothered, you can simply turn it off. You can even let the computer handle many things automatically, for example training and line-up of your team.

Every day, you are called to your desk in your office. There, you will find a number of buttons which you can use to manage your club. Many are only there to call up different statistics (of which there are many in the game). Others are used to change the line-up, prescribe different tactics, buy players on the transfer market or sell some, hire sponsors, extend your stadium, go to training camp and so on.

After finishing all of that, you click on kick-off and the match begins. You can now watch live as the goalkeepers take turns jumping after the ball and landing in the mud, there are dramatic corner kicks... However, I don't want to spoil all the elements of this graphical masterpiece. In any case, if you are not satisfied with your team's performance, you can substitute players or change tactics mid-game. After the game, you can have a look at the table and then back to the office to start preparing for the next match. After all, as they say: “After the game is before the game”.

OK, ok, all of this is hard to describe. Anyway, the game is not as boring as it probably sounded from my description. There is just too much to do so that it never becomes boring. And those match cutscenes... the suspense! (I'm just saying: penalty shootout.) So, on the whole, a game which you just have to play again and again, even if it is just to remember the old times. I.e. not just because of the game alone, but also to remember players like Matthäus, Sammer and all.

- some bugs, e.g. with friendly matches (you better avoid these completely) 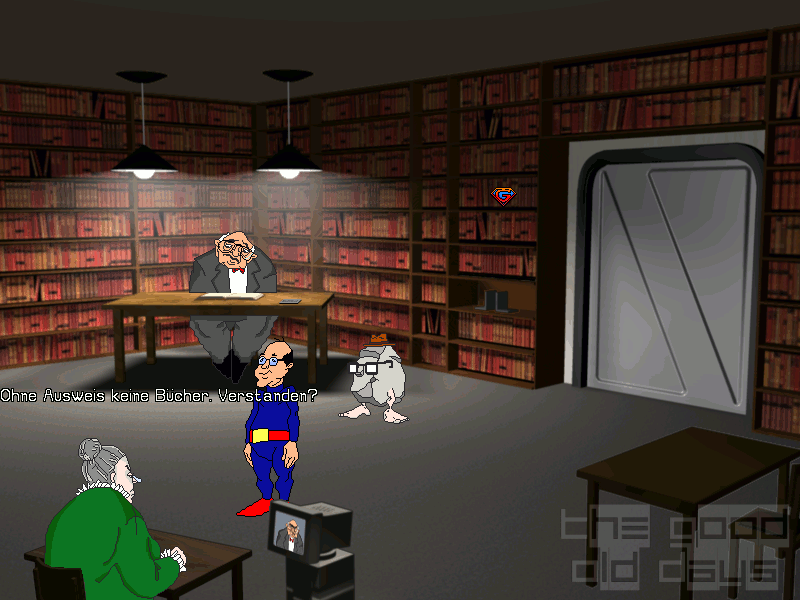