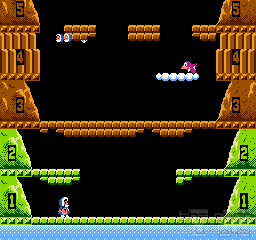 Now you are an Eskimo, trapped in the world of running around slippy ice mountains, breaking your way forward with your big hammer in a quest to the upper levels, where you will recover the most precious item in the world: eggplants.

Yes, as it sounds, you are a cartoonish Eskimo, with a huge hammer and a thing for vegetables. And you need to climb each level breaking the ice ceilings with your hammer. But this tool is not useful only for breaking ice, it's also valued for its seal beating qualities.

Those seals will become your fiercest enemy. Not happy about finding their floors broken, each time they happen to stumble into one of your holes they'll run fast back to home, just to bring some ice to close that hole. Not that it would be more than a nuisance if the characters had any agility, and you could just jump into the next floor on your first attempt.

Taking hold on a slippery surface for a big jump is a bit complicated because, well, it is slippy. So you end running back and forward to get into the right spot with the right speed for reaching into the right hole. And as you progress, obviously, there is each time less and less surface on each floor, so each step will count.

This build most of the game, there are a few extra dangers, like enemy birds, or falling stalactites, but only one more thing worth of being noted: the bonus. Once you reach the upper section of the mountain it is time to grab the evil guy, a bird, a pterodactyl, or a whatever which made you come up there.

Moving clouds to use as platforms, ugly eggplants to recover and a countdown to beat. Couldn't be more simple, yet it's the most difficult part of the game, forcing you to measure your steps even more and to be more precise still with each jump. Because if you fall, there will be slim chances of ending on a platform, and instead of falling to your death (and getting a retry for one life) you will end jumping to the next level. No second chances for the bonus. 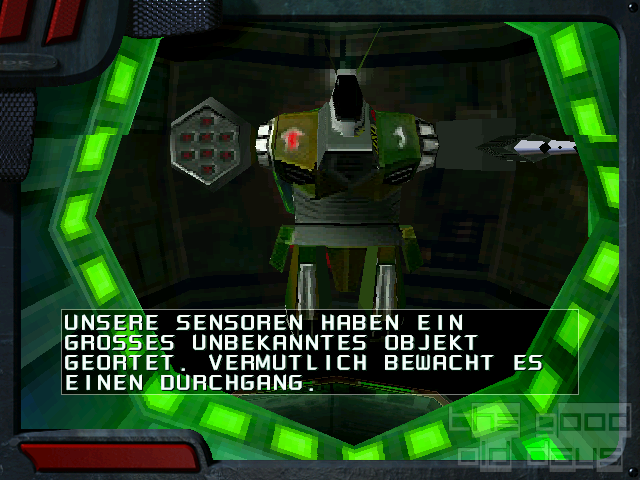