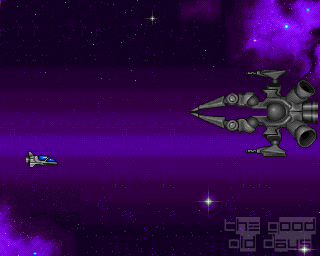 Although they were only founded as a true developer/publisher in the 1990s, Team 17 quickly got relatively famous in Amiga circles. Their credo was to develop games which actually made use of the Amiga's power, as opposed to using the Atari ST (or even the C64 or IBM) as limiting factor. How do you show off technology? Obviously in fast-paced action games. Many of the common concepts were picked up and given their treatment. 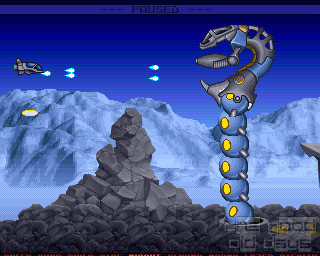 You can't complain about the graphics

Project X is their entry into the shooter genre. Using one of three selectable ships (the common choices: strong and slow – compromise – fast and weak) you shoot your way through the levels in a horizontal fashion. Enemies arrive in pre-configured formation trying to get you, either by shooting or ramming. You get the drift. Killing the enemies, they sometimes leave power ups. There is only one kind which is basically a sort of currency. You can use it at any time, but the longer you save up, the more devastating the weapons you can exchange them for will be (as if you didn't anticipate that…).

As for Team 17's goal to present impressive technology, they have succeeded. Sort of. The sprites are all very clear, they move smoothly and even when there are many of them on the screen, there is no noticeable slowdown or jerkiness. Just that the levels (and therefore the whole game) being relatively short, there aren't all that many different enemies and the level bosses in particular are not as spectacular as you would wish. 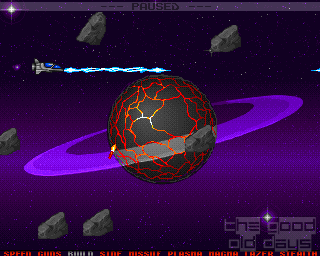 Talking about it being basically just a technology demo, the gameplay reinforces this impression even further. How hard can it be to screw up such a well-known and proven concept? Well, look no further! As nice as it may be to look at, Project X is virtually unplayable. This is due to the insane and unfair difficulty. On a screen where almost all space is already taken up by some ground structures and a large enemy sprite, where do you run to avoid its shots? It's not like that tough enemy will just explode when you hit it once. Unlike your own ship which will – and of course, when you lose a life, you will also lose all power-ups. So you've not just lost a life, but you will also lose the next one even faster, because you've suddenly become significantly weaker. Great. Just great.

Looking at Project X, it is baffling that Team 17 achieved such fame. They never made a game which had any shred of originality in it. Until Worms (two or three years after this one), they never made a good game, but only relatively pale genre standards at best. Project X is not even that. It's a mess.