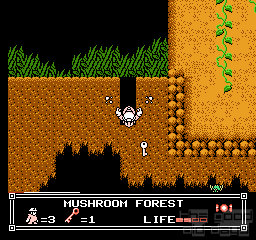 No, this isn’t based on the comic of the same name, but in the film. Still, this doesn’t matter much for a platformer like this one, which shyly attempts to get some new mechanics on the formula but in general is a typical one.

Let’s state thing clearly, this is a bad game, an attempt to get some quick cash at expenses of the film. I won’t say a single good thing about it, and you better keep away from this, don’t doubt a word on it.

But just to show I’m a good person I’ll start with the single thing that makes this game have some kind of personality, your candy. Not the candy itself, the way you use it. Well, not the way you use it, the animals. Ok, I’ll get to it.

Your only weapons are candies, which you can throw to the enemies to stun them for a moment, or you can throw it to animals, which will eat them. Let them get three and then they fall asleep, letting you use them at your leisure.

Usually this means wearing them as a suit, I used to find this kind of disturbing as a kid, because basically you are drugging them to wear their skins as a suit.

But apart from showing the psycho facet of Nemo this serves to get the animal’s power. May it be jumping more, digging or whatever, along, sometimes, a life rise and a few mechanics changes, things such as being able to kill enemies when jumping over them or not.

And that’s all. The rest of the game are badly designed levels, where you will die time and time again on the same place, because an enemy appears on the exact moment it can throw you away, or gets between you and the animal each time you are throwing the third candy, or just reminds you of how generic and boring this game is.

But to make it all better they decided that you have to search all around the level for a bunch of keys, so get prepared to backtrack a lot once you reach the end. Fun non-stop.

Better keep away from this and play some real games.