The Island
for Interpreter (TADS) 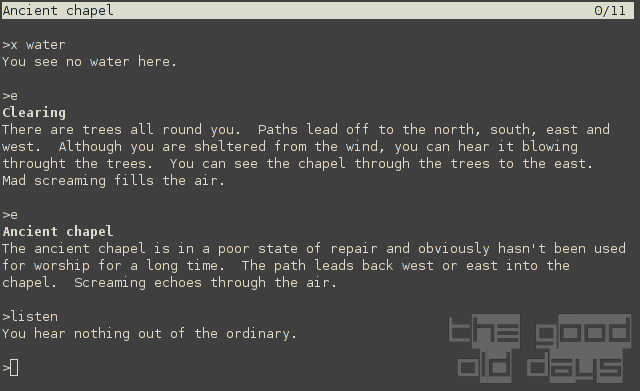 A (working) serious tone is much harder to achieve in a game than a funny one. It lies within the nature of the text adventure genre that players will sooner or later hit inappropriate parser responses or error messages. In a comedy, this might be written off as merely goofy. In a game like The Island, which tries its hand at horror (or at least communicating uneasiness), it is much harder to sell.

Which turns out the very roadblock this game stumbles over: While mostly competently programmed, its implementation is as thin as it gets. The terse, matter-of-fact writing style lends itself fairly well to the genre of creeping horror, but it is only applied to the narrow corridor of the intended solution path. However, this is not how players experience such a game. They will spend more than 90% of their time straying from this path; trying different things, generally trying to explore the settings. This is a good sign. It does not necessarily mean that the player is stuck on some puzzle, but it might imply interest in the world and the plot. If trees are mentioned in a location description, they better also be there when the player tries to examine them in more detail and if the player is not supposed to climb them, the game should better give a good reason for that rather than just claiming they cannot be climbed. If mysterious sounds echoing through the air are mentioned, there better be a good response to an explicit LISTEN command as well. These are really the basics.

By virtue of its thin implementation, The Island takes the player out of its own world constantly. Which is very unfortunate, because it does quite a few things right as well. The twist ending, for example, does recall the times of classic horror anthologies (yes, it, too, could use some work, but let's not quibble). Some puzzles towards the end are quite good as well (though, design advice: don't start your game with its most cryptic puzzle). So the potential is there, but the game really would need more work. 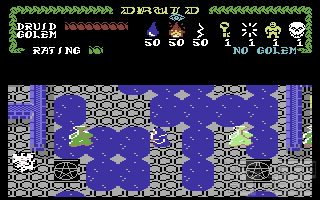