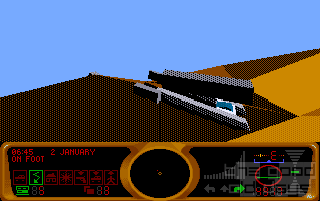 First came Midwinter… and then the dissolution of the Soviet Union. Whether you see a causality in this sequence of events or not – the illegitimate child of these two followed soon enough, and it was called Ashes of Empire. From the (at the time very much current) situation of the former Soviet Union, the game takes its scenario: A large country, a major military has collapsed under its own economic weight. Its former republics are plunging into anarchy, and not the good kind. Armed former military units, now turned into modern-day highwaymen, are roaming the countries, leaving a trail of fear and suffering among the already poor and underfed population whereever their aimless plundering takes them. Only some local administrative structures can still uphold at least a bit of order. 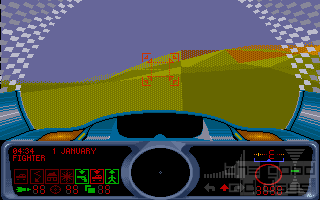 The player takes over the operations of a United-Nations-like organisation attempting to pacify the countries. This is basically achieved by getting local leaders to pledge their support (i.e. their resources) to your cause. Per region, the game sets some goals, like gaining control over x factories, y oil fields and z mines. If you manage within the allotted time, the whole region is now considered to be under your control. Otherwise, there is the risk of a nuclear strike against the province which will make its pacification insanely hard.

Getting people to join works pretty much as in Flames of Freedom: They're usually asking for a certain sort of payment which you can provide. If you cannot or do not want to pay, you can try convincing them in other, less reliable ways (charming them, threatening them etc.). Special 'VIP' characters play an important part in your mission as well as they are usually very influential on their own right (so their support will put quite a bit of additional weight behind your cause) and they are also good sources of information.

Though Ashes of Empire does not stop there. Industry has to be operated, infrastructure repaired, so you need workers as well as soldiers for protection against the marauding hordes of chaos. In the tradition of Midwinter, you will also meet enemy military on your journeys all across the countries. Of course, battle ensues regularly while you're riding your armoured car, snowmobile, jet fighter, submarine or any of the other various vehicles available. These vehicle rides is where the game's complex facade receives its first cracks, though: Everything seems to handle almost exactly alike – even travelling on foot is remarkably similar. 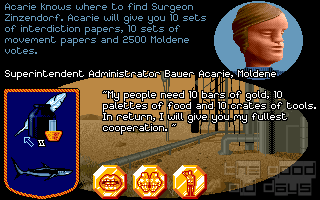 For the other game elements, too, unfortunately the impression persists that the added features only add breadth instead of depth. This, however, is usually where a player will not feel excited about such additions anymore. Indeed, after some initial exploration of each region (a phase which also repeats itself in each), there is a lot of travelling back and forth between locations simply to carry out routine tasks – I gather that all modern communication systems, such as the telephone or radio have been destroyed / are blocked in some way? This is not helped by the fact that the challenges presented and the characters you meet are visibly randomised, i.e. faceless and without personality. Speaking of faces, the horribly rendered visages of the VIP characters seriously make you wish yourself back in Flames of Freedom, where, although the characters were randomised and graphically generated out of standard parts, too, still had a pleasing and recognisable visual style to them.

Another big hurdle to take is the controls. The icons used to trigger actions could hardly be less intuitive, and mostly, even trying them out will not help, because further unintuitive button presses are then expected. Without the manual, you will be pretty much lost on the very first screen. The game even comes with an instructional VHS tape to mitigate this issue and let me tell you: It is necessary! As nice a gimmick a VHS tape might be to put in a game's box, a piece of advice to game designers: If you get to the point where you seriously consider producing a video tutorial how to play your game, chances are you're already doing something wrong.

Make no mistake, though; in spite of its steep learning curve and its non-descript missions and characters, Ashes of Empire is still a very good game. At its core, the Midwinter concept of travelling around first as a lone wolf in roleplaying style which then gradually turns into more and more of a strategy game as your sphere of influence grows still shines. Ashes has the undeniable quality of being one of the largest games ever conceived. Just that this size is achieved by some means which are hardly ideal. If you want to sink your teeth into a challenge which will take months, this is your game!

Mr Creosote:
Feel free to share anything about Ashes of Empire (1992) here!
[Reply] 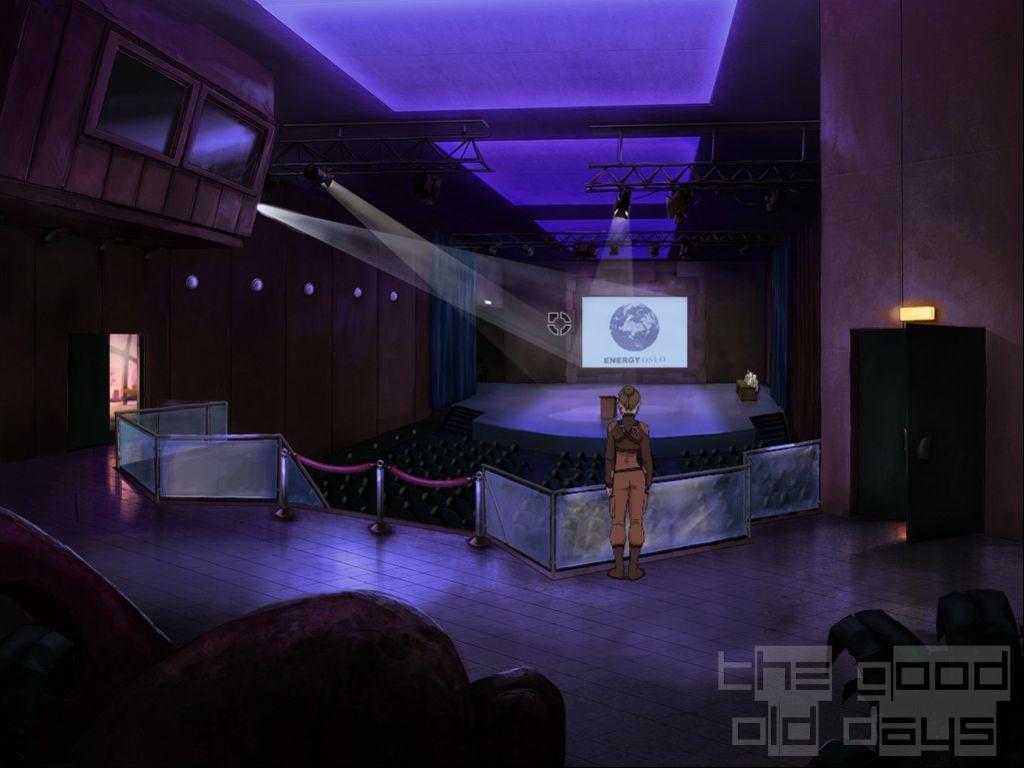