Conquest of the New World
for PC (DOS) 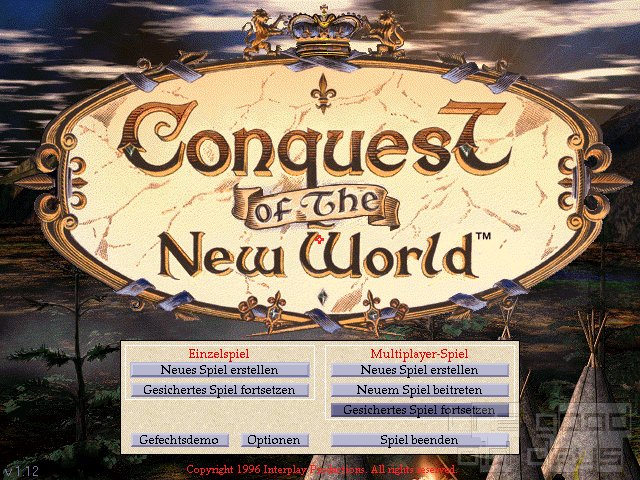 Conquest of the New World is a highly addictive game. Newcomers should start out playing the tutorial which explains the way the game works and the battles. The tactical battles can also be practised by selecting the battle demo from the main menu.

The first step in the game is to explore the new world and to find a good place to establish your first settlement. If your explorers find previously unknown streams, mountains of areas, you can name them, of course. This will give you important victory points. If you disable victory points, this game element is less important. After founding your first settlement, you will construct buildings like for example sawmills, farms, ore mines and others. This will improve the settlement's production rate which will finally enable you to hire more settlers, commanders and military units.

Of course, at some point you will meet enemies, those being the other European powers, an Indian player symbolising the historical high cultures like the Aztecs or the Incas, or smaller Indian settlements of the Sioux, Cheyenne or other tribes. These battles are fought on a 3x4 board, i.e. they can be controlled well, but they are hardly action packed. To win, you have to combine the abilities of infantry, cavallery and artillery. Naval battles will be calculated automatically in CNW and therefore have to be considered a game of luck. The rough rules are – a level 4 galeon is stronger than a level 3 carrack or a hulk (level 2) or a caravel (level 1).

Over time, your home country will ask for more and more taxes, so you will not be able to avoid declaring your independence at some point. The war of independence has not been thought out well, though. The colonies will be attacked by armies which are defeated relatively easily. The trade blockade is much more of a problem. Without access to colonies with their own gold production, you could run out of gold and then you cannot hire troops or commanders anymore.

The computer-controlled enemies' activities are harder to deal with. They sometimes attack with several generals at once, meaning that your own troops will become weaker battle by battle until they will finally be defeated. If you lose your last colony, that's it. You will not get a second settler. If you have not produced another settler earlier as a kind of life insurance, you can only hope to capture an enemy colony with the lakst remaining troops.

Conquest of the New World is unbelievable fun. When creating a new custom game, you should just keep in mind not to use too many land and sea squares. With 80 land and 20 sea, for example, you will receive a gigantic map which you can play on for weeks without ever finishing.

Korondor:
Feel free to share anything about Conquest of the New World (1996) here!
[Reply] 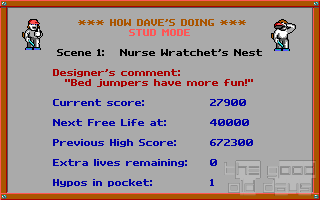