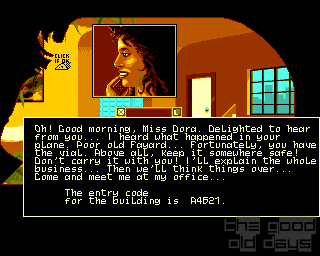 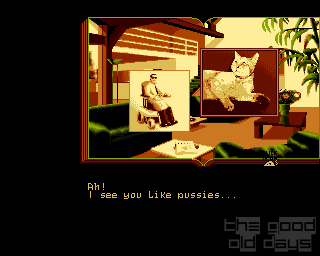 Nevertheless, the actual game is, in a way, based on a well-known film genre. The first game of Coktel's unofficial trilogy had been an adaption of Emmanuelle, heavily inspired by the aesthetics of the Sylvia Kristel films from the 70s. While even those first films might already have had a bad reputation (deservedly to a degree), they appear as as artful masterpieces considering what followed in the years to come. Playing Fascination, one might almost consider it a satire of the cheaply made 'erotic films' which which were produced at the assembly line during the 70s and 80s. Though it would be an extremely dry satire, because tone and style are exactly what you'd expect of game trying to cash in on the hormonal issues of young males without actually feeling compelled to delivering: You will see way more naked skin on public display on any newsstand.

With that being out of the way, how does Fascination fare as the harmless little game that it is? The plot revolves around a Doralice, the – as she puts it – 'sexiest captain on the Paris-Miami flight'. When a passenger dies on the way to Miami, she suddenly finds herself in the possession of a briefcase containing a vial full of MacGuffin and no idea whom to trust anymore. Not hard to imagine in a caricature world populated by people like a guy in an electric wheelchair wearing sunglasses constantly stroking an apparantly immobile cat's fur… oh, sure, that's a police inspector, surely a most trustworthy character…

As usual in Coktel's adventure game, the interaction happens on fairly static screens seen through the protagonist's eyes. Using the intuitive mouse interface including a smart cursor which reacts to hotspots, you examine or use things in the ways pre-determined by the game. 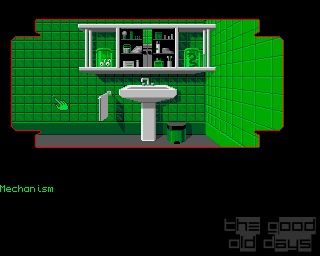 I'm sure you spotted this one. Right?

This is where things get more than a bit ugly. The game is very short and to at least offer some play time, the authors chose the lazy way out: Instead of coming up with more contents or at least imaginative puzzles, they simply hid every second object required to solve the game in the scenery. We are talking about pixel hunting in the most literal sense here: Some items are actually not larger than one or two pixels! And even if you are ultra-careful not to miss anything, there are still the unmotivated death scenes and (even worse) the uncommunited dead ends which you will only recognise as such an hour later. They really tried their best to keep you away from what has to be one of the lamest endings in gaming history ever!

It's basically exactly like those 'softcore' films: Contents and production values are at the lowest level which the producers believed they could just get away with without provoking violent protests. Instead, they relied on perceived 'notoriety' in a medium which had not really seen much in terms of 'adult' contents at the time, putting in a few completely gratuitous 'sexy' scenes which, as mentioned earlier, are actually laughably tame.

Still, I felt honour-bound to play through this one completely, so I will be giving it a basically undeserved positive rating. Though this is only because of the nostalgia factor of providing the almost perfectly authentic feeling of watching those stupid 'softcore' films on late night TV which featured similarly ludicrous plot and inane dialogue which I'd watch in spite of being perfectly aware that the one shower scene of the female 'star' would be spoiled by some hairy, fat guy showing up, standing in the foreground (i.e. blocking the view) while groping her in slow-motion. Yes, feel free to laugh, but remember that this all happened long before the proliferation of readily available actual pornography on the Internet. Was this a genre which needed translation into the computer game medium? You could make up your own mind. But the definite answer is no! 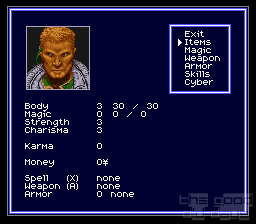