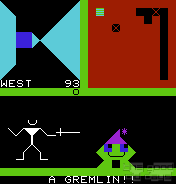 Ultima: Escape from Mt. Drash is a real rarity: It was created by a friend of Richard Garriot around 1983 and without further ado Sierra labeled it as Ultima, although it ultimately had nothing in common with this role playing series, with the exception of some names and said friendship. Produced in very small numbers for the VIC-20, a system which on top of that was declining in popularity, a retailer is said to have thrown almost all copies off a cliff somewhere (E.T. anyone?), which is why the game was thought to be lost for a long time. Finally, some copies appeared on well known auction sites, where they reached prices as high as $3000 (in words: three thousand US Dollar). And actually that's the end of that. I have nothing more to say…

But since some of you might be curious what it plays like nevertheless, or probably are thinking about giving it a try themselves, I give you my warn… um… opinion in one sentence:

Being a prisoner with no name or character (sadly you are denied to chose even one of the two), whose sole distinction is his rank, ranging from 'Qwimby', a term whose meaning certainly is beyond anybody but the author, to the usual military ranks, misplaced as always in a fantasy setting, but especially in Sosaria, in which the story, according to the manual, takes place, up to the 'Questor', a title hard to beat for its ridiculousness, in the dungeon of Mount Drash, that is 15 levels of boredom, all of them consisting of a small maze of same dimensions, being almost identical to each other, with the entry at the lower right, the exit at the upper left and, after a certain level, two yellow squares, so called 'gems', that open up the exit, at the remaining corners, your single goal is, by fighting, meaning you encounter guard creatures, which move outside of combat only if you take a step yourself, and have to try to time the precise moment, when the monster, suddenly storming freely towards you, will skewer itself on your sword, which is unnecessarily complicated, because of the absurd combat mechanics, consisting of shifts between a ready stance and two attack positions, one of which is absolutely impractical, and the fact, that there is exactly one distance, which at least is the same from monster to monster, at which you can kill your opponent, before you are a goner, and casting from a list of believe-it-or-not three magic spells, to wit random teleport, put monsters to sleep and remove walls, the last one being of special significance, since it makes the whole maze thing quite redundant, your way through, to reach one of the most bland congratulation screens, that at least offers no spelling mistakes, but some formatting errors, before you are back at the beginning, where the same old story, not one iota more entertaining or demanding, starts over again, exactly as if you had lost all of the generous three lives earlier, or if you exceeded the time limit of 100 seconds per level, probably because you got stuck with the counterintuitive controls, which ask for down to turn left and a return to step forward, and would be standing here too after a short 'You lose, Cadet'.

Has this been a painful read? Well almost as painful as trudging through this game. It's similarly fulfilling too. If you want the short version: Escape from Mt. Trash is boring. This real Qwimby should only get a mention as curious side note to the Ultima series in 1 out of 6 cases.

Those of you who read the whole review, I would like to congratulate:

You have gained some knowledge and truly earned the title

Mr Creosote:
Here is an interesting recent article about the genesis of this game: http://www.filfre.net/2013/05/the-legend-of-escape-from-mt-drash/.
Herr M.:
Feel free to share anything about Ultima: Escape from Mount Drash (1983) here!
[Reply] 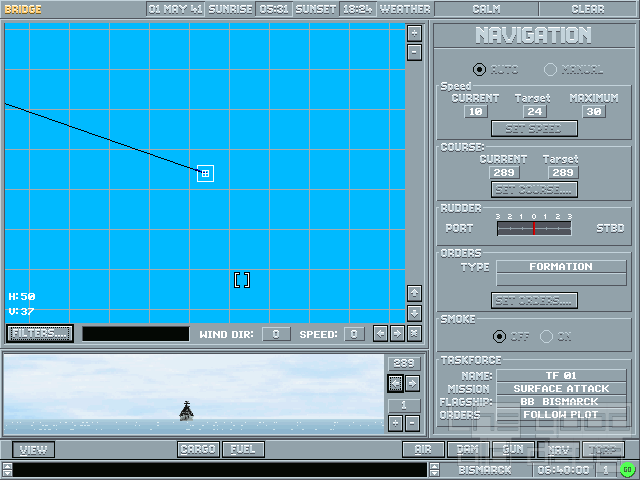