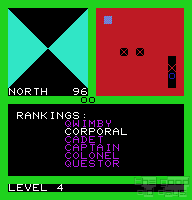 This is a short and simple game. It was converted from the original Commodore Vic-20 game for Windows only. The conversion is designed for 320x200 resolution and doesn't re-size. I played it in Windows 7 64bit fine, though I had to lean to within inches of my monitor to see what was going on (320x200 is rather tiny on a 1366x768 screen.) I also tried it in XP mode, but it still wouldn't resize. Finally, I tried it on my Windows 98 Virtual PC build and it played with the same re-sizing issue, though there were issues on load forcing me to load it twice every time. There may be settings in Virtual PC allowing a re-size, but I could not find them (Virtual PC gives a message “Virtual PC has disabled live resolution switching.”)

The game is slightly better on a real Vic-20 as it includes music and sound. Though it is only “slightly” better as the music gets rather repetitive after a while, and may actually detract from the experience.

Mr Creosote:
Here is an interesting recent article about the genesis of this game: http://www.filfre.net/2013/05/the-legend-of-escape-from-mt-drash/.
Herr M.:
Feel free to share anything about Ultima: Escape from Mount Drash (1983) here!
[Reply] 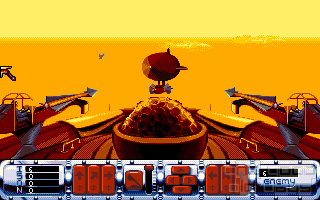