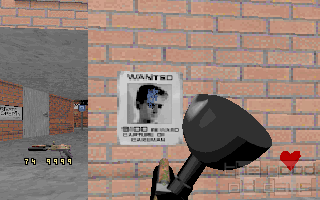 What makes for an excellent first-person shooter? Good graphics, challenging opponents, diverse weaponry, creative level design, smooth controls, atmospheric sound effects and maybe, to top it off, a thrilling story, are surely amongst the top ten on the list of things most players will immediately think of. But considering this, the fewest will think of Extreme Paintbrawl. Why? The concept sounds rather nice: Paintball offers a fresh setting. Getting your enemies to surrender, instead of blasting them to bloody bits, for a change has something to it. Two teams, each one defending a flag, may be genre standard, but especially fitting in this case. But as soon as you get to see how all this got implemented the disillusionment sets in.

Let's start with the first thing that will catch your eye: the graphics. The main menu already leaves an utterly horrible impression with its indescribable pre-rendered screens. Mercifully, the main part of the game, the core of the actual shooting, uses the Build-Engine, which previously had been used, with great success, for games like Duke Nukem 3D and Blood. In Extreme Paintbrawl's case it just looks dated for 1998. Theoretically, it supports rather high resolutions (for a DOS game), but considering the poor, since drab, textures and the bulky, shapeless objects, this shows almost no impact. Besides the flatness of the sprites and some parts of the scenery is really ‘outstanding’: That is to say they are 2D, which has been a standard around the mid 90s (think Doom), but seem a little bit antiquated for the end of the decade (as a reminder: the same year saw the release of System Shock 2 and Half-Life). As if this wasn't enough, there are only two sprites in the whole game (one male, one female) and they show a minimum of animation: walking, crawling and raising hands. The weapons defy description too: From a coarse 2D barrel (which at least slightly varies from rifle to rifle) comes always the same blue (or red) paintball, which leaves always the same sad dab of paint.

It might come as no surprise that the shooting properties are fitting to this appearance. No matter how much they try to sell them as rifles, they shoot like glorified slingshots. Even when using the so called ‘Sniper’ thingy, the balls fly in obvious parabolic trajectories when giving off a shot. This turns long range shots merely into a matter of luck. It also explains the lack of cross hairs. Yet it gets more exciting as soon as you try to shoot while running, an action normally quite common in FPS games (just think of the good old circle strafe). In a severe fit of either realism-craze or bugophilia, they severely decreased the aim of your shots while moving around. Actually that severely, it gets next to impossible to hit anything you are aiming for, as soon as you make the smallest of steps. So the typical attack sequence looks something like: Run around in search for enemies, stop dead, as soon as you spot one, guess the right trajectory for the actual distance and pray, that you will hit in two to three shots.

Since if this shouldn't be the case, the next critical programming bug will strike you with full force: the artificial intelligence of the enemy bots. Which can only be described as a truely torn personality. In its ground state it is dumber than dirt: The typical CPU-Paintbrawler likes standing around, occasionally running in some random direction and almost never gives the impression to grasp his environment (like the wall right next to him or this 'door' stuff). So they have almost no chance to encounter each other, or even set sight on the enemy flag any time soon. But as already hinted above, there is one kind of situation were they turn out to be incredibly dangerous: enemy contact. Get too close or start shooting at them and surprisingly they will return fire. With deadly accuracy, relentless stubbornness and unlimited ammo. Contrary to their human co-players, they have no aiming difficulties at all and like shooting from their back. As soon as they start firing they will never stop again: They will aim for the next enemy, no matter how far he may be away or even what might stand in between, and happily blast away ever after. Funnily friendly units will behave exactly the same way if you start shooting at them. Sadly this is the only way to have any kind of interaction with them.

So winning or losing a round depends heavily on whether you 'activate' an AI or not, because as soon as it is scattering the paintballs around, it gets pretty impossible to hit. The unbalanced firing accuracy combined with the fact that you drop out after the first hit (at least you can change to one of the remaining squad members) accompanied by the nerve grinding, endlessly ticking shooting sound (besides: this is the whole range of the sound effects) turn this into a frustratingly chanceless endeavor. Unless you get one of those occasional total breakdowns, when the paintballs stop working, the AI stands absolutely still and you can amble unhindered right up to the enemy flag, to instantly win the game. Generally speaking, racing straight to the opponent’s banner (forget the other option of gunning down the other team for a maximum score) offers the only realistic winning strategy, since this way, you will encounter the least amount of foes. At least in theory, because it strongly depends on how many of the bots accomplish to leave their starting point.

And what do you gain from actually managing to win? A short congratulation screen along with a somewhat small dollar increase of the team's funds. With this money, you pay your team mates (for loitering), buy new (supposedly better) paintball rifles and restock your ammunition. But don't overdo the latter, because you will start each round at zero, all the surplus paintballs and air is left behind on the ‘battle field’. In theory, you could also change the team members between the games, though one has to wonder: Why? Whether they have 5/4/6 or 8/7/9, they all behave like 0/0/0. You can check your current ranking amongst the league, though without being able to learn how the scoring comes to pass.

Other than league play, you can also fight in single battles, which play almost the same way, except that you start with the ‘best’ equipment straight away. Or you might scout the maps in ‘training mode’, undisturbed by fiends or foes. This has the appeal of an empty online-server, which no-one wants to play on. Apart from the fact, that scouting the straightforward maps seems somewhat superfluous.

It may well be that while playing against human players, some of those problems are slightly diminished, well probably they might even vanish. Too bad I couldn't get anyone interested in giving the multiplayer part a try… mostly after showing them the single player part. Well even if I had, I have my doubts, that it would have worked anyway, since the solo mode only started working with some tricks and jugglery. The main problem is that the menu is based on Windows 95/98/ME and the shooter part runs in pure MS-DOS. Certainly there are only very few systems left that support this natively. Though this kind of combination doesn't seem to have been all that user friendly back on release day either. I have been lucky and the Windows based menus worked on one of my test machines (there were some nice endless fatal exception errors on other ones), which meant I only had to edit a batch file, the interface between the two parts, in order to replace the DOS commands with DOSBox ones. If you can't get the Windows-part of the game to run, you will probably have to start looking for a virtual machine.

Though the question is if you should bother. To be honest: Personally I had a quite a lot more of fun with setting this game up to run, than actually playing it. And that's plainly and simply because Extreme Paintbrawl fails in almost all of the points mentioned above: Back then the graphics might have been somewhat decent, today they are pathetic. Enemies are fiendishly challenging, but for the absolutely wrong reasons. The controls fail at the most essential feature: the eponymous shooting. The maps are run-of-the-mill jobs. Weaponry levels around spray guns. The sound effects are outright pitiful. And the story… well what story? So the question, why no-one thinks about this game anymore might be answered in detail.

Actually Extreme Paintball would be an extremely good candidate for an extreme score (sorry, I couldn't help myself there

). But there are two things that hinder me to declare it as ‘total crap, not worth to be in existence’: For one it does have a certain charm to it, to try and beat the cheating enemies. If you are looking for a really hard FPS, this might be exactly your thing. It has got a lot in common with the masochism of entering a server of a large online server as a complete newbie for the first time. And for two: 1 of the 6 songs from the sound track is rattling around my brain, for its sheer brilliance: Vivaldi's Four Seasons - Spring played on electric guitars (see downloads!). As for the rest: It would best be silence.

Ah, I think this game is a very bad example, since the graphics certainly already sucked at its release date. Especially the main menu, which had me laughing in tears. Just take a look at that pathetic excuse of a pick-up truck!

Generally speaking: Back in 1998 3D still was in its teens, it was setting out to do some serious stuff but it also wasn't mature enough.

So of course the graphics don't look that good and age horribly, but at least some games knew how to use this new perspective. To me graphics aren't just aesthetics, but also functionality: And as nice as some 2D graphics are, there are some things that simply work better with a 3rd dimension (like any kind of exploration game).

Also any kind of serious game knows how to create atmosphere without making you think about such things. And that's were Extreme Paintbrawl horribly fails: You just have to think too much about all the things that went wrong with this game.

Mr Creosote:
Quote:
Mercifully, the main part of the game, the core of the actual shooting, uses the Build-Engine, which previously had been used, with great success, for games like Duke Nukem 3D and Blood. In Extreme Paintbrawl's case it just looks dated for 1998.
Looking at the screenshots basically confirms my prejudice that games from this time have aged very badly visually. Games ten or sometimes even fifteen years older than that are much more pleasing to look at. Mathematically, they tried less, but achieved more with simpler means.
Herr M.:
Feel free to share anything about Extreme Paintbrawl (1998) here!
[Reply] 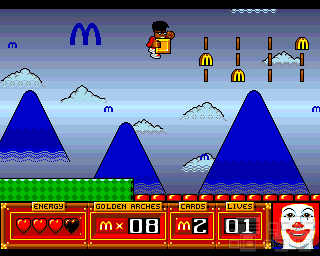