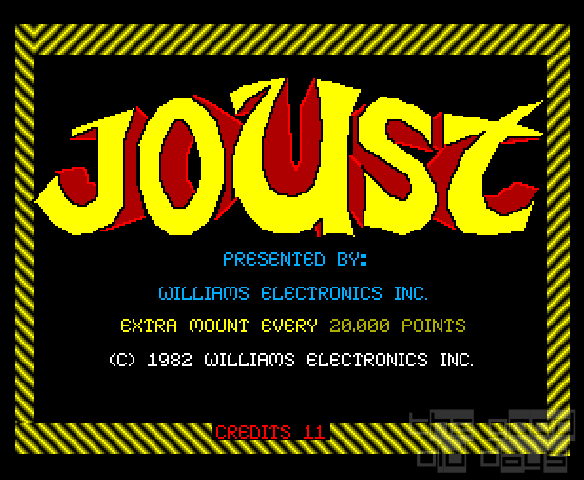 Joust is truly one of the “Arcade Classics” of the early 80s. As you walked up to it in an arcade, it had a Sci-fi/Fantasy concept of flying knights jousting enemies, along with co-op gameplay. It was a very original concept for the time and as I remember was always one of the most popular games in the arcade.

The game controls are a two way joystick and a single button to flap the wings of your mount. The joystick controls your direction left-right and the flap button controls your vertical direction and speed on screen. 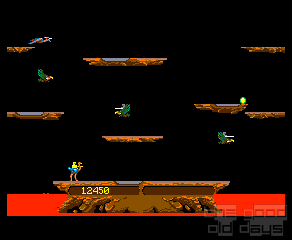 Gameplay consists of your knight “spawning” onto one of four platforms to start the game. As each level begins, enemy knights spawn from the platforms to do battle. To defeat your enemies, you must joust them at a higher altitude. If you are lower, you will be killed. After defeating the enemy knights they will be turned into eggs. You must collect the eggs before they hatch and are picked up by a Buzzard.

Player one is a yellow knight flying a blue ostrich while player two is a blue knight flying on a gray stork. The enemies knights are red-Bounders, silver-Hunters and dark blue-Shadow Lords that all fly on green buzzards. A pterodactyl will appear that can only be defeated by striking it in its open mouth when the players take to much time to clear a level. There is also a hand that will grab a player from the lava at the bottom of the screen if you get too close to the it. As the levels get higher, you will have more enemies to defeat that fly faster and are more aggressive. There are bonuses on certain levels for “Team Play”, not killing the other player and also “Gladiator” for killing the other player.

Overall it's a great game, one of my all time favorites. The controls take a bit to master but they are unique. It can be hard to get to the higher levels as there is no continue option. I learned a bit more about the game while writing this, never knew the enemy knights different classes and never realized that player 2 was riding a different mount. I feel the game plays well today and remains a lot of fun for two players when working together even though the graphics are a bit dated. 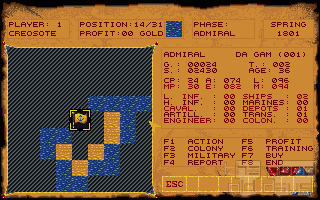