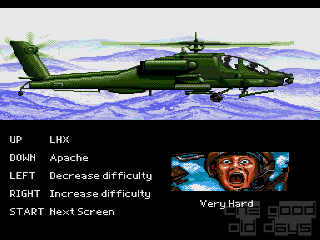 The SEGA Genesis/Mega Drive port of this rather popular arcade-style simulation game from the early 90s looks just the same as the PC version, but with some major gameplay features left out (as it usually goes for ported games). For example, the ability to choose missions is no more, and there is a fixed order for the missions in the game. Then, instead of four helicopters in the PC version, there are just two here – the LHX itself and the Apache. The controls are simplified for the gamepad, but it unexpectedly became quite tricky. But besides some flaws (which are flaws mostly for those familiar with the PC version), this was the excellent flying video game for the time and for the platform, and could be easily considered a helicopter simulation against a background of countless platformers and real arcade flight games available for Mega Drive. And many, I think, hold the sweet memories for the LHX: Attack Chopper. I do. -Tatarus33 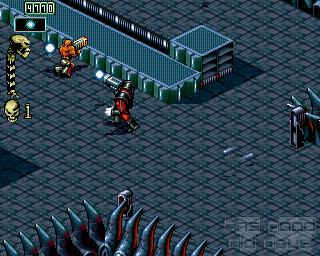