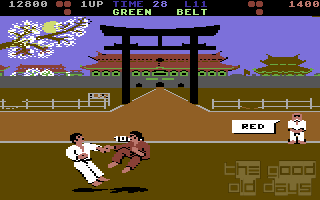 Fighting games are all the same. As soon as you've found out how to activate the killer-special-mega-move of the character you've chosen, you're practically unbeatable. To still make the 'playability' last a bit, these special moves are usually either completely impossible to figure out (because they are undocumented on purpose) or impossible to activate (because they usually require the player to hit the 8 fire buttons in a certain combination and order along with movements of the joystick/joypad into certain directions - never less than 10 complicated steps). Usually both.

There are usually between 6 and 10 different fighters to choose from. There is the small and weak, but fast one (usually a woman), there are the allrounders (usually the best choices) and the huge, but slow brutes. Similar 'standard moves' (as opposed the the 'special moves' discussed before) are often activated in completely different ways, depending on whom you choose. So basically, you're stuck with the one you've learned to handle.

IK goes a completely different way. All fighters are basically identical, both your alter ego and your opponents. You all have the same speed, the same strength and the same moves. In addition, the old problem of 'pushing the opponent down immediately every time he stands up again and thus win without real resistence' can't occur. This is because IK isn't some street brawl, but an 'honourable duel' (if that's not typically Japanese....). Every time one fighter hits the other, the elderly (and presumably very wise) karate grand-master-teacher pauses the fight and awards some points. The opponents both go into position again and it continues. The fighter who first manages to get his score up to a certain amount wins. Alternatively, the trophy goes to the one who has scored better after thirty seconds (if nobody achieved enough to win earlier).

Two player mode works a little differently. Again, the fighters have to score points, but their 'meter' isn't one-way, but when the opponent scores, you automatically lose one points yourself. Might be a bit hard to imagine, but to quote a well-known example: It's like in 'head-to-head' races in Micro Machines. After one player has won two fights, he can continue fighting against the computer. Pretty strange considering that the second player can do nothing but watch then.

The controls work via a one-button-joystick. All gamepad-loving kids of today might not be able to imagine that, but all the moves are actually very easy to do: you just have to move the joystick into a direction and sometimes also push the fire button (each direction 'has' two moves: one is done by simply moving into that direction, the other by simulatiously pressing fire). Makes you wonder why most fighting games rely on these ridiculously hard combinations to achieve the same effect.

Graphics are really nice, animation is smooth. Every few fights, the background (or 'arena' to use a modern hyped word) changes: beach, desert, in the theater, middle of the city,....

IK doesn't stress the quick clicking of fire buttons as much as other games of the genre do. That sets is positively apart - especially for someone like me who simply.... sucks at anything controlled by gamepads with thousands of buttons. Not having different 'characters' makes your start into the game incredibly easy. In spite of what you might think, the fun lasts... seemingly forever. One of the best fighting games of the 80s and of all times!

Moebius:
This also looks a lot like The Way of Exploding Fist (one of the greatest zx-spectrum & commodore 64 hits), you might wanna add it to Similar Games section. I think it's important, and also something tells me it surpasses all those International Karate clones.
Mr Creosote:
Alternate version of International Karate. The gameplay is the same, but the starting location can be selected.
Steven B:

I'm with you, this game is genius! 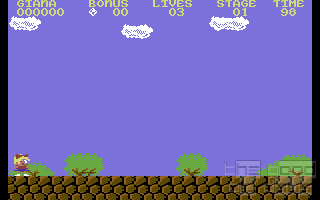