Flight of the Amazon Queen
for PC (VGA) 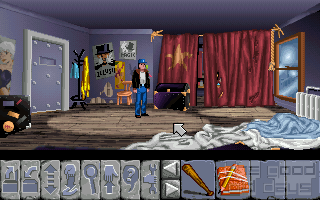 Flight of the Amazon Queen is a point and click adventure released in 1995 for Amiga and DOS by Interactive Binary Illusions. It comes on floppies, and there are also CD versions which have full voice-overs. The game has been freewared and can be played in ScummVM.

The plot? You assume the role of freelance pilot Joe King, on a mission to take a famous actress to the Amazonian jungle for a photo shoot. But obviously, things go wrong and after a crash in the jungle, Joe will cross the path of the mad scientist Dr. Frank Ironstein, hell-bent on taking over the world with an army of amazon women turned into mutated dinosaurs. With such a scenario, obviously the game does not take itself seriously and takes a mainly light and humorous tone. There are many winks and references to pop culture (Indiana Jones, Star Wars, etc) that add to the enjoyment. Our hero will have to journey through various environments, from the starting point in a hotel in Rio de Janeiro, to, of course, the jungle, a mysterious ancient temple and the villain's secret base.

Gameplay wise, it follows the tracks of classics like Monkey Island or Indiana Jones by LucasArts, and as such has the typical point and click features: a graphical inventory that you fill with all sorts of stuff, and action icons to use these items, and interact with other characters. If you loathe pixel hunting, fear not as it's hard to miss an item or interactive zone. The graphics are hand drawn and colorful, though maybe not as crisp as some other 320x200 resolution games of that period. Music and sound effects are good and complement the game nicely. As for the puzzles, they are for the most part logical and relatively easy, and should not be any problem for a seasoned adventurer.

On the downside, I would say that the game is not very long and the ending comes too quickly. It feels like the developers had to cut some parts out due to time or budget constraints.

Overall I think this is really a great game. It’s a fun little adventure and I would go as far as to call it a classic of the golden era of point and click games.

Herr M.:
Originally posted by jiwaats at 06:35 on February 22nd, 2014:
Personally, the part in the temple is my favorite, so it's a matter of taste I guess

I just prefer more dialogue heavy puzzles, like getting past a guard or said gorilla. But I did like the general setting of the temple.
Mr Creosote:
I also remember this fondly as a solid genre entry. What struck me as slightly weak was the fairly artificial puzzle design. Mostly, it is a little unimaginative and feels clumsy at times.
jiwaats:

Yes I did play the floppy version in the mid nineties when I was a teen, and I loved it. Still do!

I love the gorilla scene too, it's quite fun

Quote:
And that the game took a dive in the last act in the temple, because the puzzles where very… artificial.
Personally, the part in the temple is my favorite, so it's a matter of taste I guess

I played this a couple of years ago and there are two things I distinctly remember about it: The Gorilla, because it is a really cool scene, with an not so obvious, yet downright simple solution. And that the game took a dive in the last act in the temple, because the puzzles where very… artificial.

At the end of the day I quite enjoyed playing it. I really liked the setting and the ending (because it was so over the top). So I agree with you: It's a great game, a somewhat overlooked classic.

Did you play it back when it was new?

jiwaats:
Feel free to share anything about Flight of the Amazon Queen (1995) here!
[Reply] 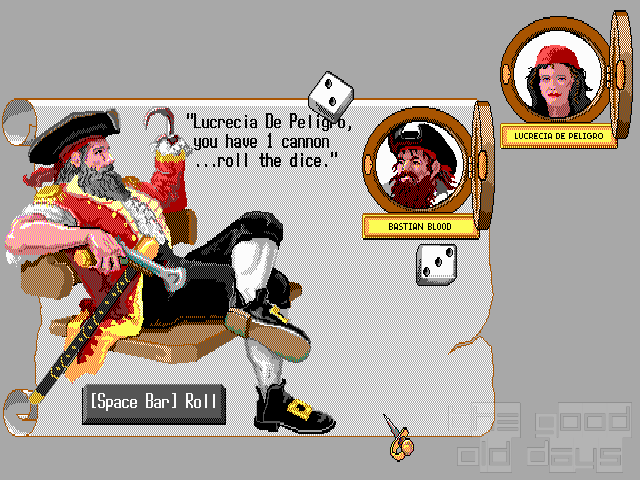