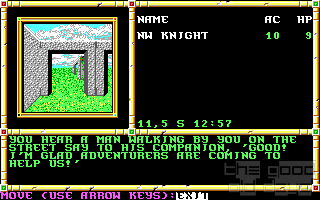 You have heard about Neverwinter Nights, but did you know it's roots lie in the early nineties, in the old D&D Gold Box videogames? That's the forgotten source of modern online RPGs, the first game to go beyond the MUD style and lay the foundations for a new genre.

Of course, being as it was a server-based game, it had to be hosted somewhere. The company in charge of it was AOL, which explains why we, Europeans, haven't heard much about the game, as AOL not only was a USA company, but this kind of service was limited to their own clients. To play you had to be American, pay their fees and then you could try the game, as long as you accepted an extra use cost, which wasn't one of those monthly flat-rate payments, but an actual by-the-hour fee. You wanted to play for the duration of said hour? Then you had to pay six dollars.

So the game had a limited audience, high costs and slow connections, yet that didn't stop people a bit. For six years the growth was constant, at first the capacity of each server was fifty players maximum, but during the final years this limit had increased by tenfold to shelter the thousands of players who would come to Neverwinter.

Take this into context, because those numbers are huge. Not only we are talking about a game created on 1991, but also one which, at it's bare bone, is just a Gold Box game and works exactly like any game using this engine. Just check the client, which lets you explore the town, fight random monsters or visit shops.

Even without a server it works exactly the same as, for example Pool of Radiance, just lacking any kind of objective. All you have is a lot of places to explore, even including fully built dungeons with their own wandering monsters, but in the end it's the same thing you could get on your computer any day, at any moment. Just without any plot moving the game.

Was this what people wanted? Or maybe it just was the only alternative to MUDs? It is true that Neverwinter Nights died the same year Ultima Online appeared, offering better graphics, a nice interface, a lot more of interaction and customization going beyond the character icon configuration tools.

But I suspect that what people actually did love is what the Neverwinter client is missing: people. The guilds and PVP, and of course the guild battles, is still nowadays the one thing which gives fame to the game. It is said they were really balanced, much more than the game may show just by fighting monsters. But sadly, as said, there are no players on this game, as the servers died long ago, and any revival attempt is also long forgotten.

No doubt the idea was good, taking a well tried formula and mixing it with players, which would take the place of the AIs. In the end, it's an enhanced MUD, but Gold Box games are not good for innovating, as much as they are for taking what works and refining it, and the same way the single player games are still influential nowadays, the online one has left a long standing mark on this kind of games.

It's sad that after AOL closed the gates to the world only the memories survived, I wonder how this would be as an actual game, instead of the half-working museum piece it has become.

The funny thing about the offline client is, that it's like wandering through a ghost town: You know there used to be lots of people here and that the place has seen quite some action in the heydays. But now it's all over, there are just some sad remains, shadows of what once used to be, waiting for someone to walk by.

Anyways: I really wonder how they adressed all those turn based issues of the Golbox games. Did the battles take place in the usual way and others could simply join in, or where they closed? Did you have a timer for you moves or could you just wait for help? How about resting and restoring your health and spells?

In any case PvP must have been quite interesting, considering how overpowered mages use to be in D&D. 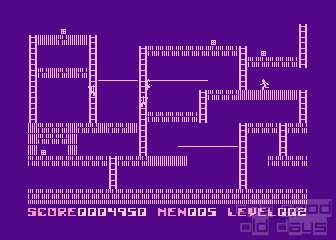