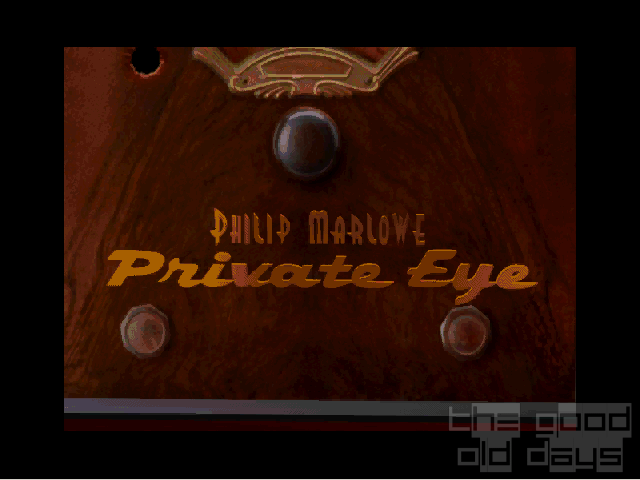 The Little Sister has always had it tough. The novel was released when the hard-boiled detective fiction was already on a downturn. Hollywood was moving away from it as well, so unlike all the previous Marlowe stories, it was not made into a film until twenty years later. At a time when Humphrey Bogart definitely wasn't available anymore. And it even lost its title, being called just Marlowe. Though make no mistake, don't even let the appearance of Bruce Lee on the cast list distract you – both the novel and the film are a little underrated.

Another 27 years later, the novel was adapted again. Again, it lost its title, being just called Private Eye this time (like the 1980s Philip Marlowe TV series). Now, given the context of this website, you might assume this particular Private Eye might be a computer game. Well, that's what we're going to explore in the rest of this review. 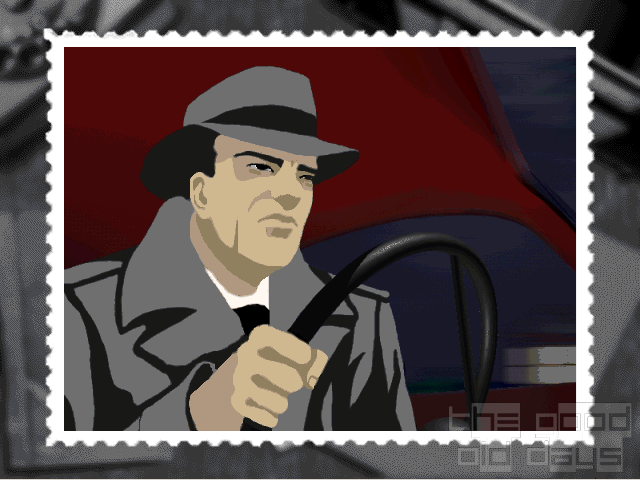 None of the first things you notice about Private Eye are related to any activity which could be construed as 'playing' in any case. It is made to look like a 1940s cartoon, by applying cel shading techniques to the animated characters, though unfortunately not to the backgrounds. It's not hard to guess which part of the graphics has aged more gracefully: While the characters may sometimes appear a little stiff due to their limited animation, early pseudo-3D rendering simply looks tacky by today's standards. Still, compared to many other games of the time, Private Eye remains visually pleasant overall.

This is complemented by an appropriate, but not particularly noteworthy jazz soundtrack and – much more importantly – an impressive cast of voice actors all of who do an excellent job with their characters. The male lead, for example, who is obviously responsible for much of the off-screen narration, manages to find just the right tone to appeal to the fans of 1940s cinema without falling victim to sound like a bad parody. At least all of this is valid if you're playing the original English version. The German voice track has unfortunately been botched completely. Which was not so much the actors' faults, but that of the director who decided to make an attempt to find 'equivalent' accents for the characters – turning the Texan oil baron into a Swabian (one of the strongest and in the ears of many native speakers silliest accents in the German language), for example. Let's say there is a reason why professional sound studios usually tone down accents when they dub foreign works – that German Private Eye is almost not watchable! 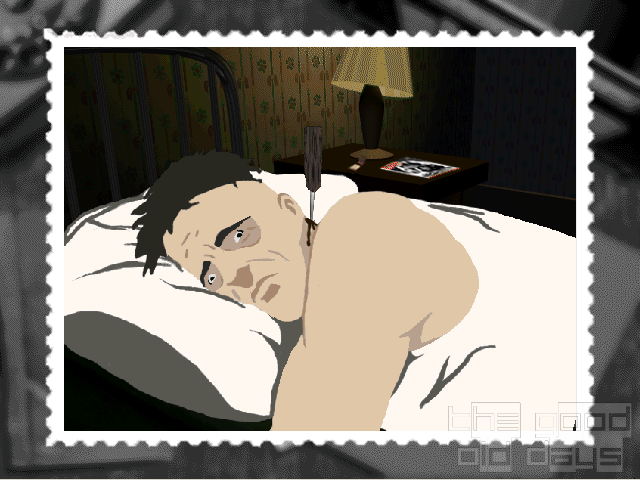 Plot-wise, you get exactly the convoluted, nearly incomprehensible mess which everyone's used to from Chandler himself. That is to say, the original plot is followed very closely, with no major characters or scenes having been cut or altered. The inclusion of an alternate plot version, in which the initial setup of Marlowe being hired to find the missing brother of a small-town girl and quickly being caught up in the case of an ice pick killer running around in Hollywood movie studio circles is retained, but the identity of that killer and his or her motive is changed, must certainly be applauded as well.

How many of these plot twists and turns become at least semi-clear strongly depends on the behaviour of the person in front of the screen. Which leads us to the question everybody's been waiting for anyway: what about the interaction? What about gameplay? Well, most of the time, you'll just watch passively while the plot unfolds in front of you. Which it does more or less by itself. The player's main task is to select the next location to go to after each scene. That choice will then determine which video is played next. Usually, it is communicated pretty clearly where to go to advance the plot. Sometimes, there will be a branching decision in the middle of a video ('I could back off or I could push for further information') which slightly alters the subsequent scene. 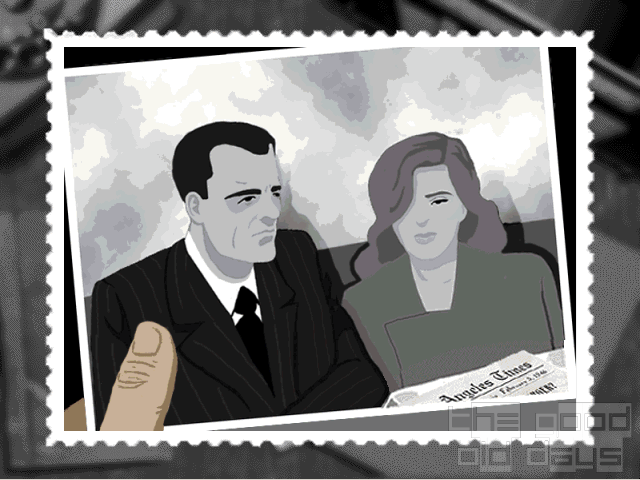 The height of interaction, and that is what makes Private Eye at least a candidate for the title of being a 'game', is a couple of rooms (almost literally a couple; in fact, it's four) which the player can interactively search for clues: You examine a body, open drawers, look under the bed and decide what to take with you or leave for the someone else to find.

This is also where the issue of being able to really follow the plot comes in: Whether the player actually actively discerns the clues, often being presented in the form of newspaper/magazine articles or notes scrawled on slips of paper, or not – Marlowe (the player's in-game avatar) will pick it all up and present his conclusions in one of the next scenes. So it might very well happen quite a lot that the protagonist, becoming more and more detached from the person supposedly controlling (playing) him, suddenly talks of events and links which might sound completely unfamiliar. Appropriately, other characters' actions are also not necessarily triggered by player actions, as otherwise common in the genre, but they seem to occur semi-randomly. Again, a minor cause for frustration if you're waiting for an important phone call or something along those lines.

With the player's role mainly reduced to that of an observer instead of an actor, it is hard to recommend Private Eye as a game. As a semi-interactive cartoon, whose interaction lies in defining the reading speed by determining when to turn the page, it is undoubtedly excellent – and a dark, moody detective cartoon could very well be worth watching on its own merits without the need to make it into a truly interactive game. It's all about your expectations.

Mr Creosote:
Have you ever read a Raymond Chandler novel? Plot-wise, this is as close as it gets. I.e. don't be surprised if, after finishing the thing, you still have no clue what was really going on. It is missing much of his imaginative prose, though, for obvious reasons.
Herr M.:
Hmmm, quite interesting aesthetics. Probably I should give this one a try. Since this game seems to be all about the story: How good is it? Is it engaging and surprising or rather bland and run of the mill? Und wie furchtbar ist die deutsche Lokalisierung wirklich? 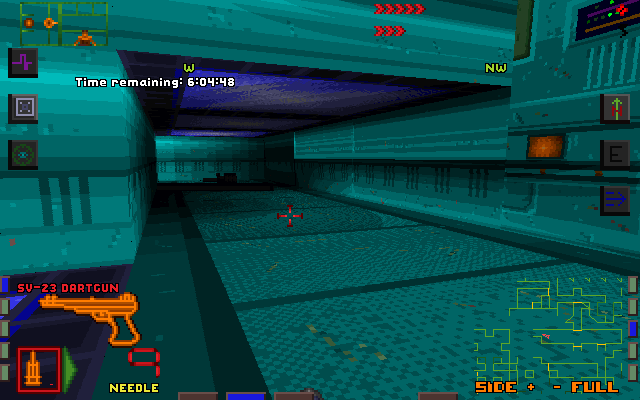