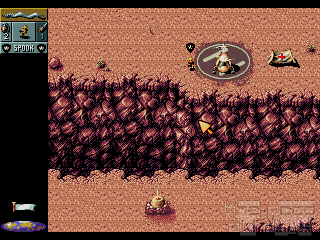 I'm sure many of us have played this game and know for sure what will be discussed. The game was released back in 1993 on the Amiga, and later in 1994 ported to the Amiga CD, Super Nintendo and Sega Mega Drive. I have no Amiga, so I hooked up with this game for Sega Mega Drive – this is what I want to tell.

After title screen we see the hills with a mountain road and a queue with new rookies. A general in uniform comes out of the entrance and motions a few rookies in, puts them in a helicopter and: “Move on the battlefield!” You are the commander of a squad of several rookies and commanding them properly, you have to pass through 26 missions, consisting of two to six sub-missions. The game is a sandbox where you must count each step in great detail. First of all – this is real time strategy and every misstep can lead to failure. But, don't worry – who said it would be easy? The game is very hard and you need a month or so to finish it.

To begin with, you must have the mouse for the game. But, having a Sega Mega Drive, I have no mouse. I played using a gamepad… do you follow? The game is not compatible with the Sega Mega Mouse. But, anyway – controls are very good and playing for a week, I got used to it very well. Super Nintendo owners are luckier – they could buy a mouse separately for a small price.

The first 8 missions, you will pass without any problems. But the 9th mission is a complete nightmare and hell! On the first sub-level, you have one rookie and a snowmobile; you must blow up three houses, an enemy turret, another snowmobile and clear out the enemy soldiers. Why did they make this mission so hard? Some people who played it will understand what I mean. If you pass the 9th mission, quickly save the game.

I should talk about the military technology. The guys from “Sensible Software” also put it into the game. And it was an awesome decision, because it makes the game a lot more diverse. You'll drive a snowmobile, a jeep, a helicopter and even a tank!

After passing each mission, all the rookies will rise in rank and reaching a certain rank, at the beginning of the mission, they will have ammunition in the inventory and also increases accuracy and speed. When rookies die, they increase in rank posthumously and the green hills are gradually covered with graves.

Cannon Fodder… yes, people – this game will long be remembered by thousands of gamers around the world. And there were also more sequels – the second and third part. Did you know that? If not, take a machinegun in hand, grenades into your backpack, and fight, greenhorn!

AKK:
Cannon Fooder, die Würmer spielen Krieg. Wie Syndikate oder Commandos nur viel viel Kultiger!
Mr Creosote:
Quote:
Take the title. Take the slogan 'war has never been so much fun'. It's obvious Cannon Fodder is not a game to be taken seriously. Is war something to make fun of? Well, why not? However, it doesn't make a game automatically good as some people seem to suggest. It's still the game which counts, not the theme. So let's talk about the game. 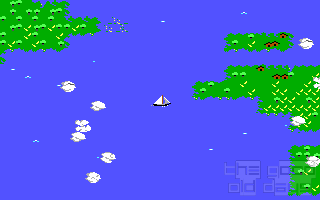