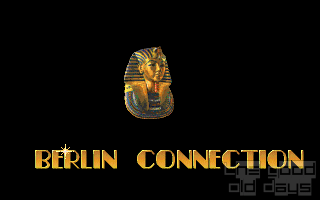 Student Benny is on his semester break and therefore has a lot of free time. Strange, my own time at university was very different – the so-called free period was always crammed full of exams so that there was never any time to really go on vacation. But Benny probably took a different subject. So what was it that the local newspaper wrote again? Ah, yes, a new cool club has opened its doors. So let's go! 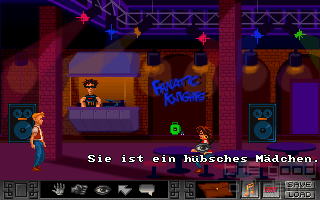 Well, seems like this club isn't all that hot yet. There is just one single guest. Mora has only just arrived in Berlin, she doesn't have an apartment or money and neither does she know anyone. Again, to savour: Mora has come to Berlin without any perspective or plan, she doesn't even have a place to stay for the very first night, and what does she do? She sits down in a night club hoping something will come up. Right. And you know what the funniest thing is? This is exactly what happens, because Benny is a really horny fellow and promptly offers his own bed… which she surprisingly refuses. Though even after this disappointment, Benny doesn't give up and devotes his complete time to organise Mora's life from now on.

The first step: Finding her an appartment. What else to do than check the classified ads in the paper ('more than 50 pages')? Quickly, he has located a luxurious place in a central location, thanks to his negotiating skill even for a cheap price. As a reward, Mora agrees to go on a date with him, but only if Benny also obtains the necessary tickets. Which, of course, have sold out a long time ago. And so on and so forth. 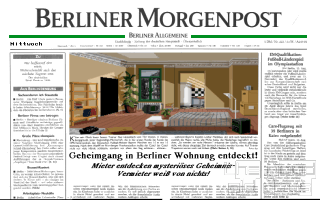 So the initial situation is really quite laughable and is evidence of a grotty view on the human nature. In the course of the plot, Benny will also become an unpaid investigative reporter for the paper to research a story related to the Berlin Wall, which at least makes for a slightly more interesting, even if not less clichéd, change.

On the gameplay side, we roughly get what we're used to from the likes of Dunkle Schatten: more or less without any logical reason, new locations pop up on the city map of Berlin which you then visit just to see whether anything will develop. In practice, this usually means picking up one or two objects which will then be used right away in order to cross some barrier in the same screen, or you will just talk to the one or two visible characters until you randomly hit the right choice and the scene goes on.

The dialogues are worth another look in more detail, because they really illustrate the lack of a clear design direction. On the one hand, there are always 'wrong' options in the multiple choice trees which will anger the counterpart and lead to the immediate end of the conversation. On the other hand, the designers were not consistent insofar that they did not have the courage to end the whole game in defeat in those cases. This means that you can enrage Mora with stupid macho lines (which are obviously all in the game) as much as you like – in the end, you will nevertheless find the right conversation branch and she will still be open to all further suggestions. Which makes her personality appear even more mechanical or calculating. Most likely, considering the generally thin characterisation, the former. 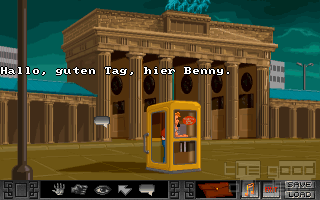 So things will always go on, there is no danger of dead ends. Things are similar with regards to object based puzzles. These are usually solved within seconds not just due to the previously mentioned local links. In the same vein, it would be hard to criticise that many actions are committed semi-automatically if you are carrying the necessary objects with you. No, it's that these actions are just so obvious – it is, without a doubt, good not to force the player to first press a poster to the wall and then use hammer and nails in various subsequent steps to fix it, but to just have him give the initial command then implicitely do the rest! The question is just whether fixing a poster to the wall using tools readily available in the same room can seriously be called a puzzle.

Actually, to stay on the subject of puzzles, Berlin Connection is also a by-the-book example of puzzle design as it shouldn't be, because their triggers are extremely artificial. Benny neither owns a telephone, nor does he have a dime to make a call. No, he has to go to the post office to trick the clerks into giving him a phone card without paying and then he drives to the Brandenburg Gate where apparently the city's only phone booth is located! Admittedly, the Adventure genre is in part based on the premise of making simple things as complicated as possible, but that shouldn't include such trivialities – it gets really silly at some point.

The biggest issue, though, isn't even that the game is really abysmally bad. The graphics aren't great, but alright. The controls mostly work as expected. The plot… oh well, we could get over it. It's just a promotional game, after all. Oh, yes, and the advertising factor? Also alright. What's just strange is that at a time when everybody else was giving their promotional games away for free, this newspaper wanted to earn some money with Berlin Connection – and they even included a copy protection into the game! This is quite bold for a game which is by no means bigger than other (free) promotional Adventures and certainly not better, either. On the contrary! This game would place itself on the bottom of the acceptable range of freeware. The money factor has to be penalised on moral grounds!