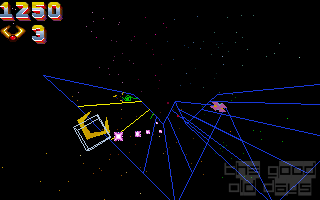 I should point out that Tempest 2000 itself isn't a very good game when it counts, but that long story is in the article for the original version, as it should be. This article focuses on the porting job by itself, and unlike many other games Tempest 2000 actually benefits.

This is a fairly well-known port of the fairly well-known Jaguar game… it's also fairly bashed. The thing is that the Jaguar version really isn't all that it's made out to be. I believe that this PC port is actually the second best version after the Saturn version, and I suggest that every fan of Tempest 2000 own both of these.

It should be noted that this port was developed by Imagitec Design, a company I haven't quite figured out… they appear to be both the code monkeys Jeff Minter commanded and the musicians behind every bit of the soundtrack. It should also be noted that this is not the Interplay release, but the earlier Atari Interactive one; I have no idea what the changes are as the Atari one is the only one I have and the only one around the Internet… I need to fix that, the Interplay version is a lot easier to find… Anyway, here's what the PC version does and doesn't have:


This is all heresy, I know; people adore the barely-there songs of the original and utterly despise the wonderful full album… no, no, I'm sorry, but those people are insane and have zero understanding of music.

All in all, the thing about this port is that it's good as a port while also being unique in this or that way. Meanwhile, there's the Saturn version which is basically the Jaguar version with the major non-gameplay flaw (the soundtrack) fixed. This is why I insist that both are worth owning, as far as T2K goes. 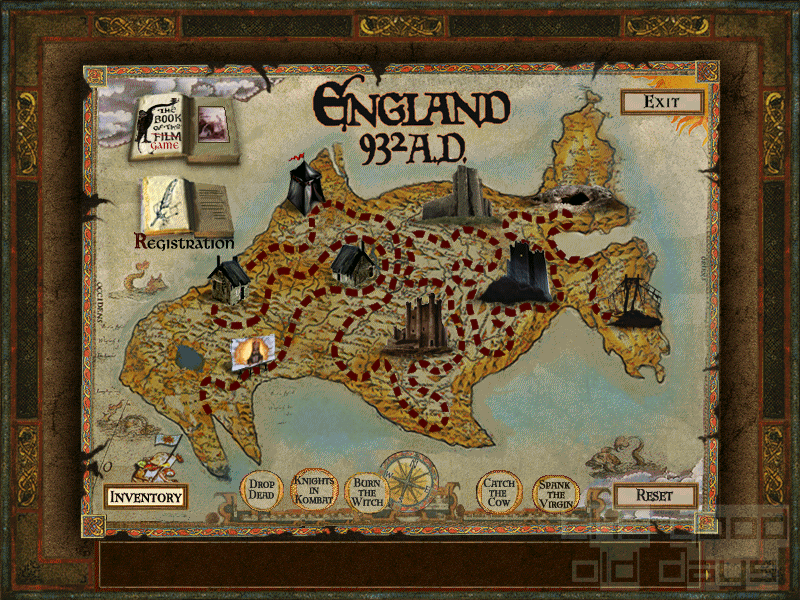