Elwood... Elwood? Who is this Elwood? Ah well well, that's me then I guess. Teacher, musician, wannabephilosopher and former fanatic collector of ancient gaming rarities. My personal gaming history goes back to the times of C64 and Amiga - a time in which schoolboys could sit down and program gaming classics without huge marketing strategies and budgets of millions of dollars. Back then the idea counted for more than the looks, but let's stop the ranting.

My life went away from computergames a bit later to this and that (social life of a teenage, you know *knick* *knack*). But one day the internet came to Elwood's house - and soooo... my eyes found all the games from the old days I had become so fond of. I had found the abandonware scene.

To make it short - I started my own abandonware site (Elwoods Groovy Old Goodies), founded an abandonware ring with another webmaster (TUOL), changed my site to another one (The Keep) and played and reviewed and collected as
much as I could.

But well - one day "real life" came knocking at my door again and I closed my site (which was exchanged by Elwoods Groovy Old Keep for a while, but switched back to old size and name a bit later). Since then (and before that as well once or twice) dear Mister Creosote has the doubtful pleasure of getting reviews from me - some from the old stock of The Keep, some reworked or newly written. 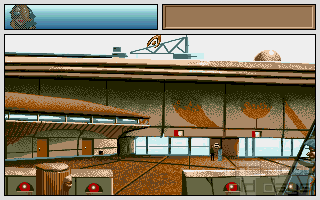