The Amiga is without a doubt one of the most revolutionary and greatest computers ever. Initially released in 1985, it took a few years to gain its immense popularity. The first model (later relabelled Amiga 1000) was a luxurous multimedia machine which normal users couldn't afford. So, it looked as if the Amiga family would be a short-lived one, because the Atari ST - which had been released a little earlier - sold a lot better.

The Amiga 500 turned this picture around, though. It was a low cost model. The whole computer was fit into an only slightly enlarged keyboard case. Extendability was pretty much sacrifised for the sake of saving costs and keeping the price low. Especially in Europe, the Amiga became a huge success. No matter if people wanted a computer for work (A2000, A3000, A4000) or for gaming (A500, A600, A1200), (only) Amiga made it possible (pun intended).

All Amigas were driven by the Motorola 68k CPU family. The 68000 was the CPU in the arcades at that time, so this made easy ports possible. Specialized 'custom chips' took much of the workload off the main CPU. The possibly most impressive factor of the Amiga was (and is) the operating system, though. Fully GUI driven, hardware multitasking and still very slim since day one.

For gaming, the Amiga pretty much covers exactly the 'golden years': the late 80s until the early 90s. During that time, the Amiga had the ultimate versions of most games. Far superior graphics and great sound await you when comparing the Amiga versions to ports of other systems!

The commercial death of the Amiga came with Commodore's bancruptcy in 1993. Even though some national 'daughters' survived for another few months (Germany, Great Britain), without the mother company, there wasn't any development anymore. The reasons for this bancruptcy have been the subject of lots of articles and editorials, so here is just a short version: One of Commodore's main credos was something along the lines of "if it's working, don't break it", meaning that if a model still sells, there is no reason to replace it with another one. That lead to a lack of innovation over the years. Even though new models were eventually put out in 1992, it was already too late by then. Additionally, financial disasters like the CDTV fiasco and Commodore's long tries to establish themselves in the PC market took their toll.

Since then, the rights of the Amiga brand and technology has changed hands countless times. All tries to revive it as a hardware brand have failed so far. Currently, there is a 'new Amiga' on the market (AmigaOne), but you can hardly call it successful. Only the OS still pretty much always stayed on top of technological development, with the latest version (AmigaOS 3.9) being released in 2001. 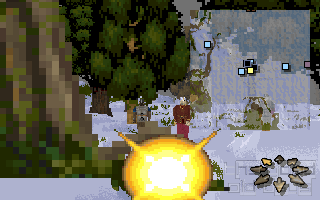